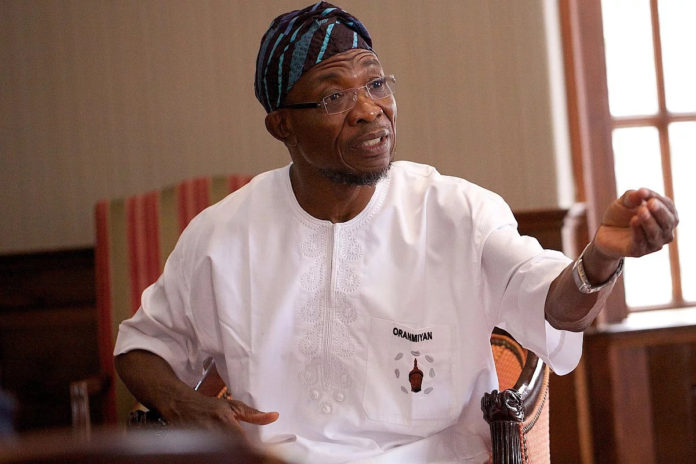 Ogbeni Rauf Aregbesola, Minister of Interior, who shunned Saturday’s governorship election has dropped a cryptic note after the loss of Governor Gboyega Oyetola.

Oyetola lost his reelection bid to Senator Ademola Adeleke whom he defeated four years ago.

Aregbesola, who is the only Osun indigene among President Muhammadu Buhari’s ministers, had stayed away from the election because of what his aides described as an “official engagement”.
Although the APC won at his Ward 8, unit 1, Isare Ifofin, Ilesa East Local Government Area voting point, some political pundits have listed Oyetola’s friction with Aregbesola as one of the reasons for his loss.
Oyetola and Aregbesola fell apart shortly after the incumbent governor succeeded the minister at the end of his two terms as governor.

Oyetola had reversed some of his policies and moved to create his own political structure, thereby reducing the influence of his predecessor.

Their rift reached its height when Aregbesola fell out with his estranged benefactor, Asiwaju Bola Tinubu, who is a relation of Oyetola.

Amid the misunderstanding with Tinubu, Aregbesola attempted block the reelection ticket of Oyetola.
A couple of minutes after the Independent National electoral Commission (INEC) declared the winner of the governorship election, the minister took to his verified Facebook page to post a message hinting that he was in support of the outcome of the exercise.

A devout Muslim, Aregbesola quoted Daniel 4:17 from the bible, “This matter is by the decree of the watchers, and the demand by the word of the holy ones: to the intent that the living may know that the most High ruleth in the kingdom of men, and giveth it to whomsoever he will, and setteth up over it the basest of men.”

Responding, he wrote, “Osun Le Tente”, which could be loosely interpreted as “Osun is victorious”.