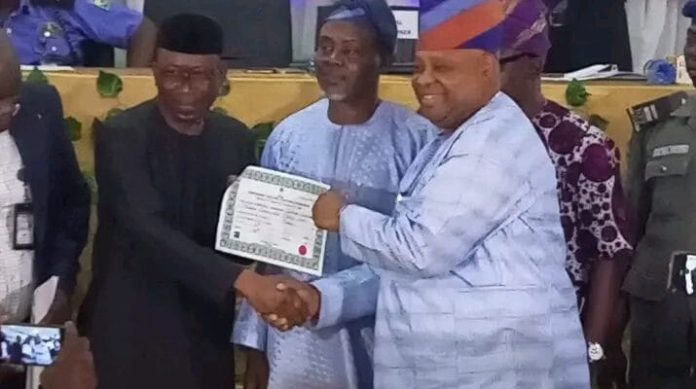 The certificate was presented to him in Osogbo, the Osun State capital. 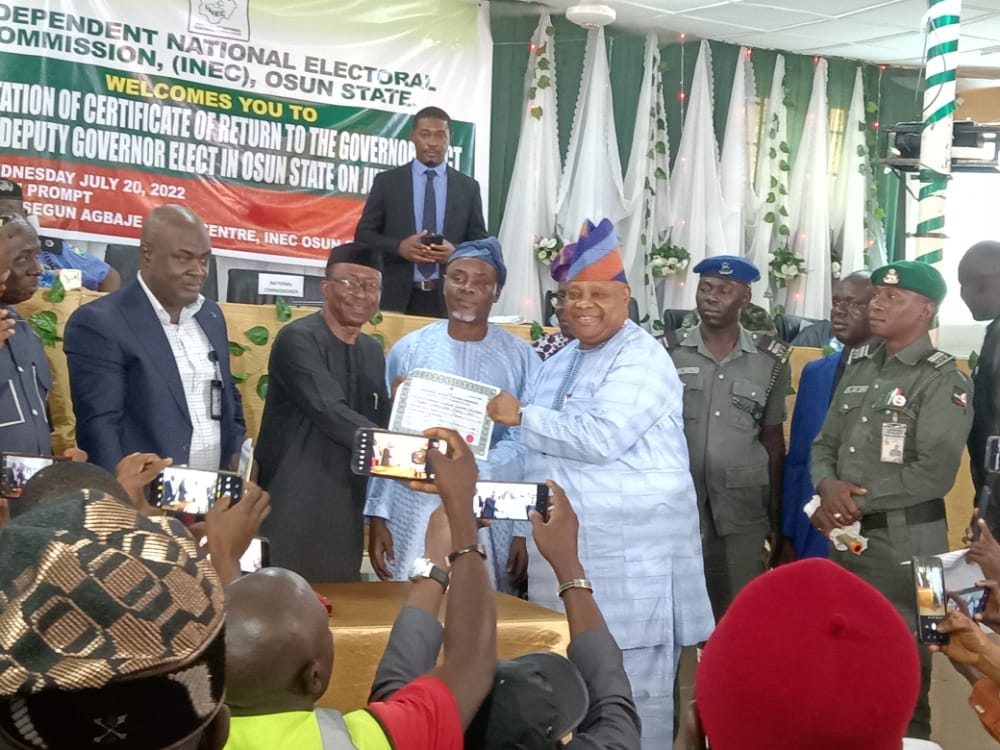 Adeleke, candidate of the Peoples Democratic Party, PDP, was announced the winner of the election on Sunday. 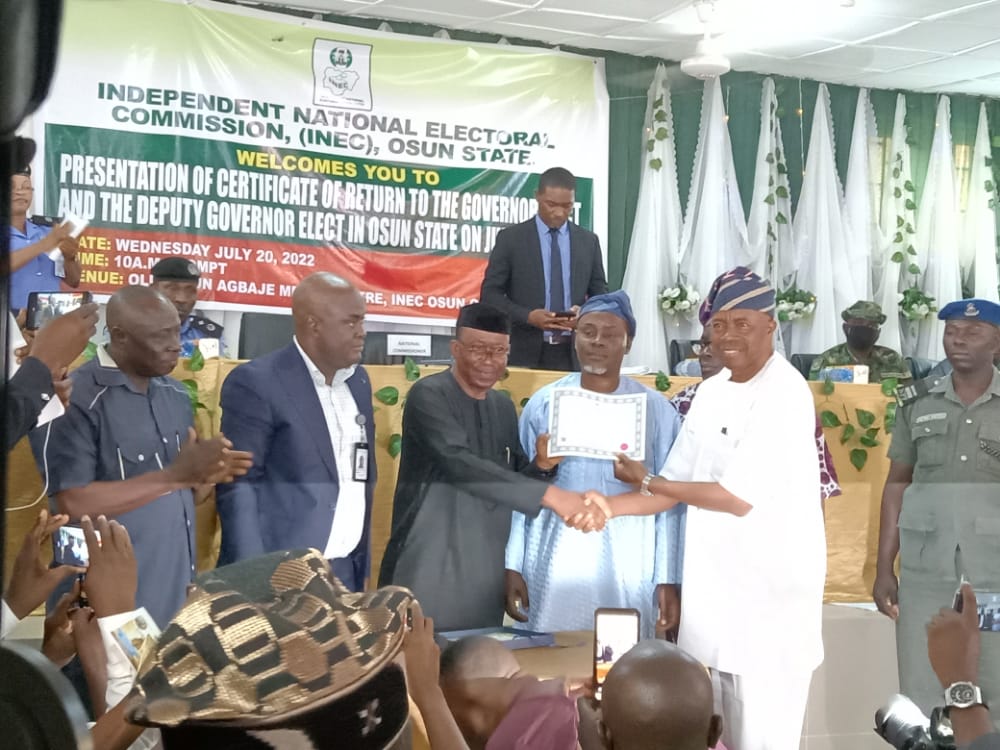 He emerged the winner of the Osun governorship election with 403,371 votes.