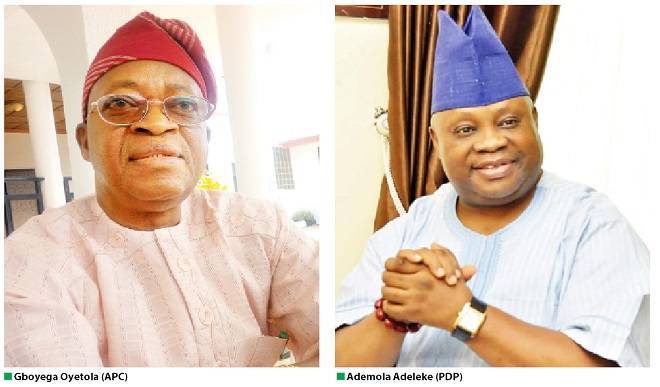 Osun State Governor Gboyega Oyetola and candidate of the All Progressives Congress (APC) in the just concluded governorship election in the state is prepared to seek legal means to upturn the results in his favour.

Speaking on Oyetola’s preparation for legal action against Adeleke’s victory, Kunle Adegoke, a senior advocate who is a member of Oyetola’s legal team revealed to Vanguard that 50 lawyers have indicated interest to join the case.

When asked about the legal grounds with which Oyetola will be challenging Adeleke, Adegoke stated that they are still studying the election results and building their evidence.

“We are still studying the election results, working on the legal grounds, and building evidence to challenge Adeleke’s declaration as governor-elect; as we speak, about 50 lawyers have indicated interest to join us.” He said.

Meanwhile, a Peoples Democratic Party (PDP) chieftain, Diran Odeyemi, had earlier told Vanguard that any aggrieved politician who plans to take legal action against the victory of the Osun State governor-elect, Adeleke, is giving money to lawyers for an academic exercise.

“An average Nigerian politician doesn’t accept defeat until they get to the Supreme Court.

“So if anybody is still arguing or going to court over primary election that has been conducted, and as a matter of fact it’s now at the Appeal Court as you put it, with the overwhelming support of the people of Osun State, you will realise or agree with me that the person is just giving his money to legal people to just for academic exercise.

“We are not bothered. An average politician in Nigerian doesn’t accept defeat; we don’t have the spirit of sportsmanship.

“If you tell them that, they will tell you “but we are not playing football.”

Adeboye will not endorse candidate for 2023 elections — RCCG

Edo Election: APC Was Going To Win, I Don’t Know What...

Dapchi schoolgirls are safe with my son Habib and his friends...