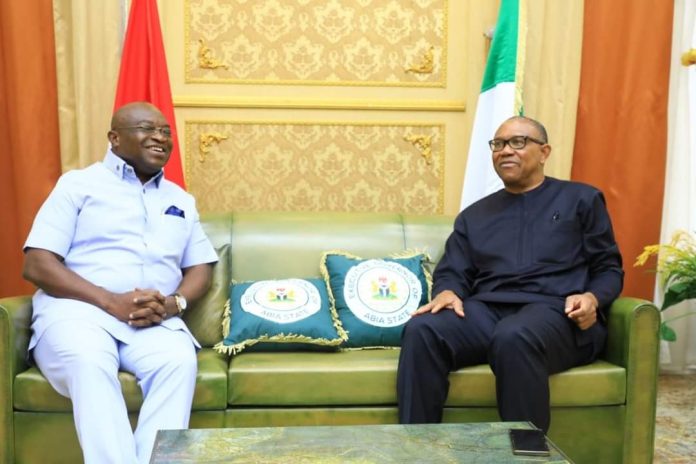 Former Anambra State Governor and Presidential Candidate of the Labor Party, Mr Peter Obi was at the Country Home of Governor Okezie Ikpeazu at Umuobiakwa, Obingwa LGA early this morning for a courtesy visit.

Mr Obi arrived Umuobiakwa quite early this morning and was received by his host, Governor Okezie Ikpeazu.

Former Governor Obi informed Governor Ikpeazu that he was in Abia State to attend an event at the Mater Dei Catholic Cathedral Umuahia and in line with official courtesies and protocols, he had to come to see the Governor before proceeding to the event.

They discussed a wide range of issues ranging from Security, Economy and Politics.

They also had a private breakfast session.

Governor Ikpeazu presented him with a Souvenir bag containing the first ever Abia State Long Term Development Plan and the Abia State Industrial Policy which was presented to the Governor yesterday by ECOWAS Representative at the United Nations Industrial Development Organization (UNIDO).

Mr. Obi also spoke to newsmen for a few minutes before leaving for Umuahia. 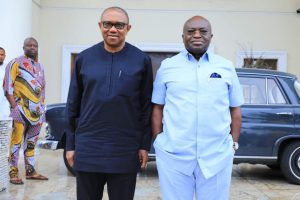 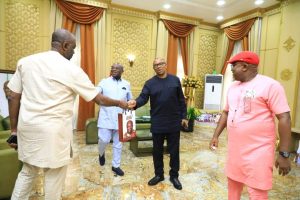 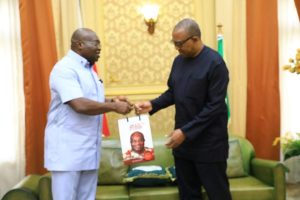 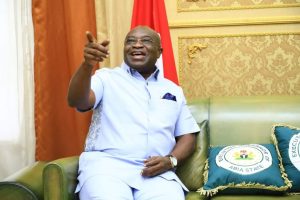 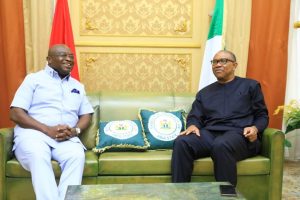 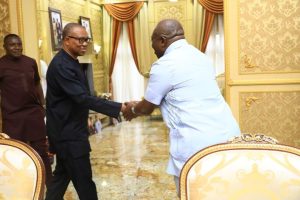 Abia Speaker Rewards Owner of Ochendo Mobile with Scholarship for His...