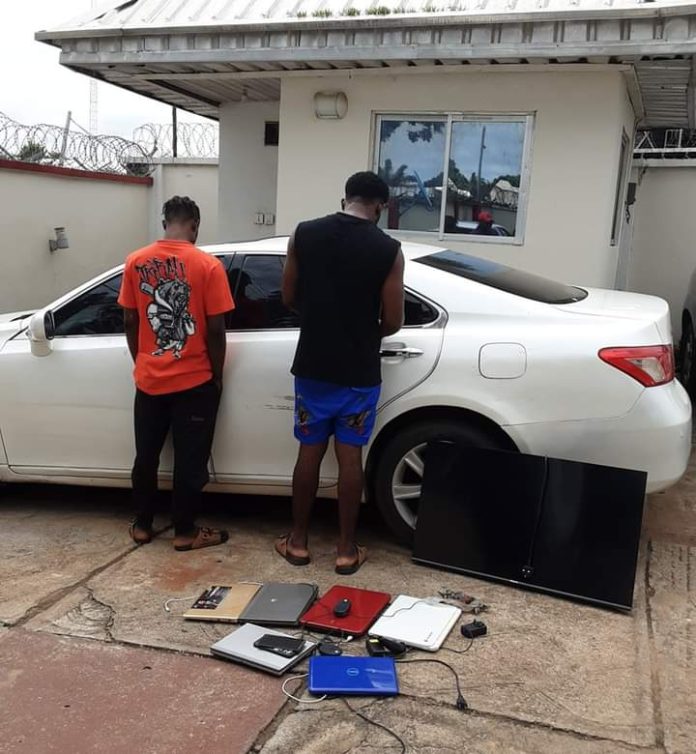 The operatives of the Makurdi Zonal Command of the EFCC on Tuesday, July 26, 2022, arrested two (2) suspected internet fraudsters known as Yahoo-Yahoo Boys, in Makurdi, Benue State.

The suspects are Ikenna Ojobeagu, 22 and Martins Ezeorah, 24, both from Igbo Etiti local Government Area of Enugu State.

The suspects who claimed they are sports betting agents, were arrested following actionable intelligence.