On Sunday the Peoples Democratic Party (PDP) candidates in Lagos State have promised to ensure the defeat of the All Progressives Congress (APC).

The flagbearers met at the Sheraton Hotels as part of moves to strategize for the 2023 elections.

Also present at the parley, the second after the primaries, were PDP leaders across the State.

Adediran, a.k.a. Jandor, stated that the platform was no longer the party people used to know.

“We have come together here to tell the world that PDP in Lagos State is ready to take over power come 2023.

“We have 69 of us that are going to be on the ballot for both the national and the State elections. 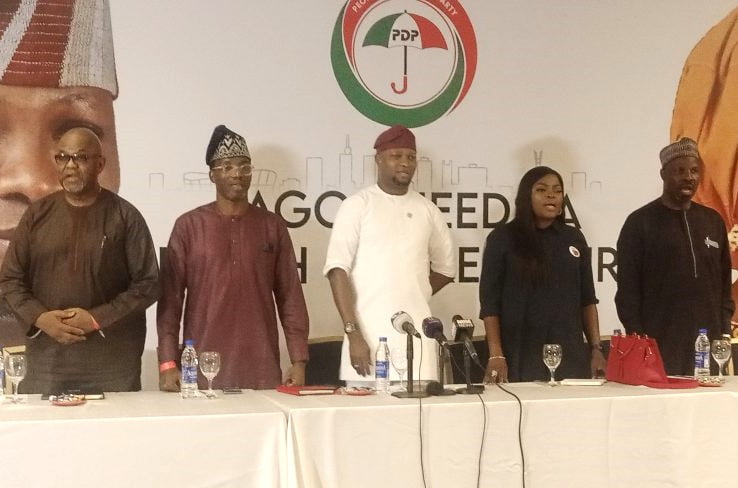 “This is the new Lagos PDP, a rebranded one poised for winning”, he said.

Adeniran added that the PDP was sensitive to gender and religious balance, as well as youth inclusion.