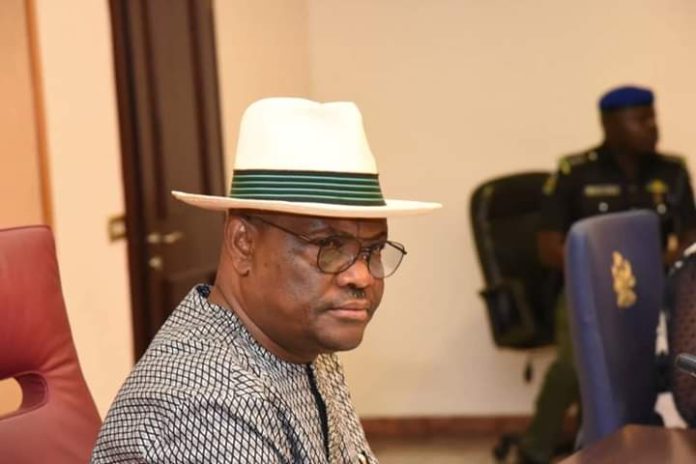 Something seems to be crisis has began in Rivers State Peoples Democratic Party (PDP).

In a chat with The PUNCH, a former lawmaker, Senator Maeba, who was removed as the Chairman of Elechi Amadi Polytechnic, said the governor’s action was because of his closeness to Atiku.

He said, “We have a candidate of the party who has the capacity to lead Nigeria out of crisis. So nothing can deter us from supporting Atiku to save Nigeria.

“Wike is not hiding that he is figh!ting Atiku. Yes, he said so. He called a meeting of Ogoni people who are with him and told them to tell me that he will see how I will campaign for Atiku in this state and he is ready to fight to the finish.

“We don’t know what he (Wike) is planning to do because when campaigns start we are qualified to campaign too. We are waiting to see how he will do it. This is a joke taken too far.”

Senator Maeba also confirmed the removal of former Governor Clestine Omehia and a former Deputy Speaker of the House of Representatives, Chief Austin Opara, as leaders of their party in Ikwerre and Port Harcourt City LGAs respectively.
“Yes, he (Wike) called them and humil!iated them before their people because we went to pay a solidarity visit to Atiku which we are supposed to do.

“All of us knew Atiku before him. Austin Opara has been in the House of Representatives since 1999. He was the deputy speaker when Atiku was Vice-President. That time Wike was struggling to be local government chairman. So, if Austin Opara has to take permission from him today to go and see Atiku, then something is wrong,” he stated.
Maeba also took a swipe at Wike, saying nobody was in charge of Rivers’ votes.

“So, for somebody to be boasting he is in charge of votes, people should ask him where do you want to get the votes? How many voters card does he have?
On the allegations of politicians holding meetings in Abuja against him, Maeba said the governor was talking as if he was ‘superhuman’.

“Let me tell you something. When you apportion so much right to yourself, then you are superhuman. Austin Opara was the deputy speaker of the House of Representatives when Atiku Abubakar was the Vice President. They attended caucus meeting together and National Economic Council Meeting.
“So, does it mean that Austin Opara who has been friends with Atiku for over 20 years ago will now start to beg Wike to go and see Atiku?

“So, he (Wike) is the one who doesn’t have respect for citizens.

Like me, I met Atiku first in 1992 in Jos for the SDP campaigns. We started working together in 2003 when I became Senator. That time where was he (Wike)? When Austin Opara was working with Atiku, holding meetings, Wike was struggling to come into limelight.
“So, when you use comments like that that you are not the kind of politician that people will hold meetings against in Abuja, he goes to Abuja every day. He flies to Abuja. In fact he virtually sleeps in Abuja. So if you don’t have respect for the rights of senior citizens of the state, you don’t have respect for their right to survive and self-sustenance, then something is wrong with your own system,” the former senator stated.

“A strong man is synonymous with the Idi Amin’s of those days. There are no strong men anymore. What we need are strong institutions to strengthen our institutions.”