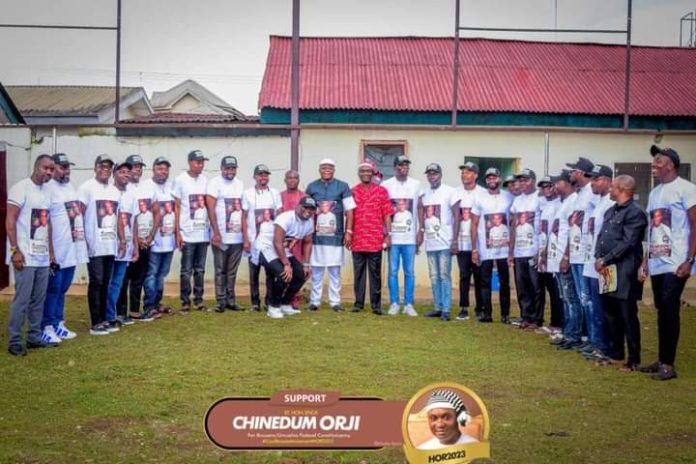 A pro-democracy youth group, Ibeku Youth Unites (IYU) has paid a solidarity visit to the Speaker of Abia State House of Assembly, Rt Hon Chinedum Enyinnaya Orji, at the Ojike St office of the Speaker.

Welcoming the group, the Director General of Rt Hon Chinedum Enyinnaya Orji ‘s campaign council, Pastor Emeka Inyamah introduced them to the Speaker saying the group has resolved to work to ensure that the political ambition of the Speajer for 2023 was realised.

In his remarks, the Speaker said he was impressed with the calibre of youths that make up the membership of the group, saying they are already established youths who genuinely have the interest of the people of Ikwuano/Umuahia at heart.

Rt Hon Chinedum Enyinnaya Orji said he was sure he has done well for the people and that he was very confident that he could go anywhere to campaign and receive their warm welcome and support.

He thanked Mr Benjamin Ifeanyi Okadigbo, the Youth Director of the Ikuku Oma Campaign Council for organising the group and youths to work for him.

The president of Ohuhu youth groups otherwise known as Last Don extolled the commitment of Ohuhu youths to the Speaker’s cause and said work was already going on to ensure success at the polls.

On his part, Mr Ikechukwu Eluwa of Ikwuano assured that work was on to ensure that at least 90% of Ikwuano youths are with the Speaker.

Speaking, Mr Emeka Nwaiwu of Umuahia South said that the love of people of the constituency for the Speaker was not in doubt and that they are solidly behind him, assuring that the result from the area would be the best among the rest.

President General of Afaraukwu Youths, Mr Nwosu Chiedozie Martins, said the Speaker has been too good to the people both as individuals and as a people that even though the group he leads is a sociocultural one, they are left with no choice but to support and canvass for votes for the Speaker.

In his vote of thanks, Sir Anthony Oguejiofor expressed gratitude to the Speaker and the DG for the opportunity being given to the group to serve. He said the excellent reputation of the Speaker makes campaigning for him very easy and pleasant knowing that the people already love him as a leader. He concluded that all that was left was for the group to go out and perfect the work. 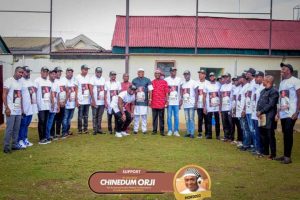 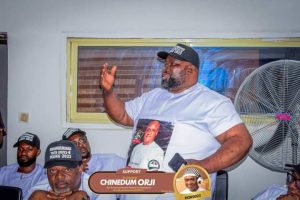 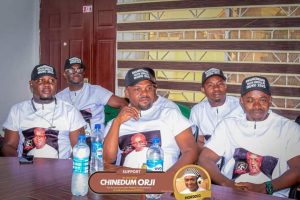 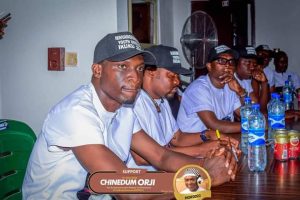 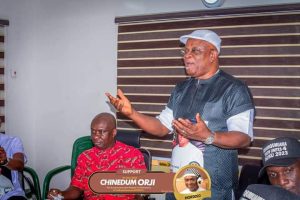 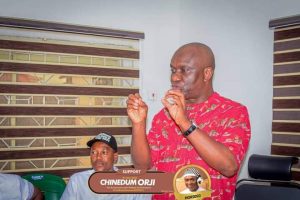