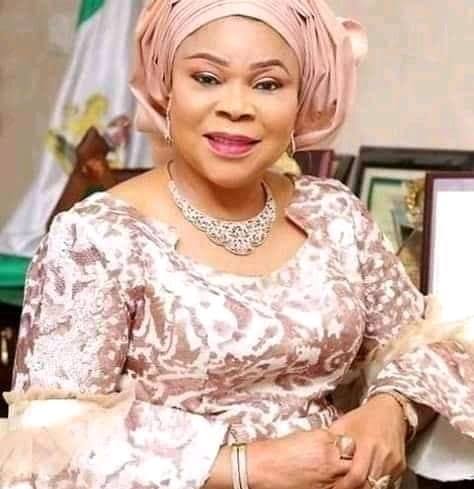 An All Progressives Congress, APC, stalwart, Senator Nkechi Nwaogu has carpeted fifth columnists over the reports of her purported resignation as member of the APC in Abia State.

The ex-federal lawmaker maintained that she has not left the APC for another political party.

Senator Nwaogu, who was also the immediate past Pro-chancellor and Chairman of the Board Council of the Federal University of Calabar, Cross-River State, refuted this in a statement by her media aide, Kelechi Onyendi, on Thursday.

She clarified that she had no intention under whatever guise to dump the APC for another party and that those nursing such a mirage were suffering from dementia and schizophrenia.

Nwaogu who further boasted that nobody can push her out from the APC, described the news of her purported resignation as a member of the party as a figment of the imagination of the writer.

He said, “while we do not want to dignify the backyard media man, we need to clarify the issues on ground and set the records straight for the avoidance of doubt.

“Nobody can push Senator Nkechi Nwaogu out of APC. Anyone thinking that she can quit from our party is hallucinating. She will be the one to chase them out from APC, because they have nothing to offer. We shall see who will laugh last”.

On the issue of the 2023 governorship election, Senator Nwaogu admonished the electorates in Abia State to vote for a credible and transparent candidate who will position Abia “to become a State of our desire.”