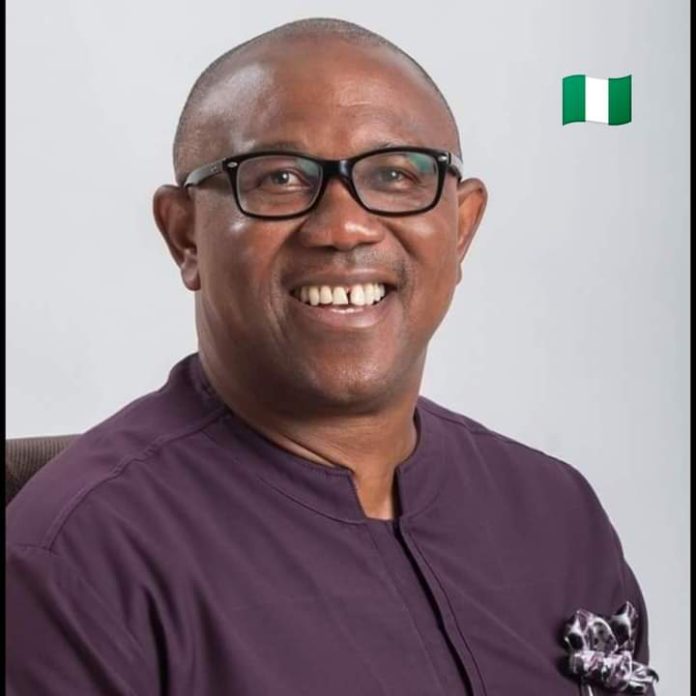 The presidential candidate of the Labour Party, Mr Peter Obi, has stated that it is time for the country to be rescued from the leadership failure which has continued to dwarf its growth and development over the years.

Speaking at Jamie Pajoel International Leadership Conference in Owerri, Obi likened the leadership failure in Nigeria to inexperienced and unlicensed drivers trying to drive a vehicle.

He said that such a venture will only end in disaster. He explained that the retrogression that is witnessed in almost every sector of the nation is because there is no true leadership in the country.

“Take for example, our power sector that is not generating enough capacity to power the nation. It has been proven that every 1000 megawatts of electricity generated in a developing country, adds as much as 1% to their GDP.

“So if we had invested our borrowed funds to generate additional 15,000 megawatts, our GDP would have increased by 15%.

“By so doing, manufacturing would have moved higher from below 7% level where it is today, enabling us to create at least 4 million jobs,” he said.

Reiterating his stand that the vast landmass in the North remains one of the best assets of the nation, Obi said that it is unfortunate that such treasure is left unexplored, while the country blindly depends on oil revenue.

He argued that a visionary leadership would invest in agriculture and put the rich vast lands of the North to good use.

“Borno State is 70,900 km in landmass, yet, they have lands that are not yielding anything to the country. Sambisa forest, a vast farmland in Bornu State, is twice the size of Israel, which is just about 22,000km2.

“Israel produces enough food for its population and for exports, while Nigeria can hardly feed the people.

“Borno State is twice the size of Netherlands, which is about 33,000km2 in landmass excluding water. Last year, Netherlands exported agricultural products worth of $120 billion.

“Here the entire country cannot yet feed itself. If Bornu State had achieved 1% of what Netherlands did in agriculture, that would have given the State $1.2 billion, which when converted to naira at the prevailing exchange rate, will comfortably fund the State’s budget, with so much surplus left.

“The difference in all of these is true leadership, which is evidently lacking in Nigeria. That is why I am submitting that from next year, we will no longer allow this vehicle called Nigeria, to be driven by drivers without license.

“If you must ‘drive this vehicle,’ we must see your license,” Obi submitted.

Concluding, Obi encouraged Nigerians to see the 2023 elections as an opportunity to select capable leaders who can pilot the affairs of the nation.

He urged them to eschew all forms of tribal and religious sentiments while choosing capable leaders for the nation.

He said: “In the coming elections, we refuse to be divided along ethnic and religious lines. I have severally argued that hunger and suffering knows no tribe.

“There is no where Christians buy bread cheaper than Muslims. The hike in price of diesel, high level of insecurity and every other challenge, is affecting all Nigerians equally, irrespective of tribe and religion.

“We must then unite as one and rally behind capable leaders with verifiable track records of success, for the sake of our collective interest.”

Buhari Did Not Attend COAS’s Burial Because of Traffic – Garba...