Kaduna State Governor, Nasir El-Rufai has bragged that there will not be up to 200 supporters of the presidential candidate of Labour Party, Peter Obi, for a proposed street march.

El-Rufai stated this on Twitter, in reaction to a tweet from a certain @ZamarOmar who wrote “Kaduna Two Million March for Peter Obi”.

The governor seemed to mock the Igbos labelling them as “imports” who can’t open their shops on Mondays.

El-Rufai tweeted: “In Kaduna? Not Kaduna Twitter? – I hope you get Two Hundred persons on the streets, including those ‘imports’ that can’t open their shops on Mondays and came on overnight bus last night!

There have been street marches for Obi already, with huge numbers recorded in Nasarawa and Calabar. 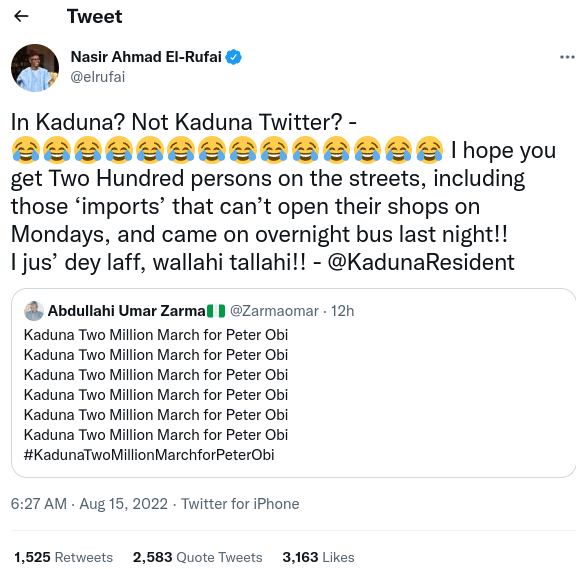