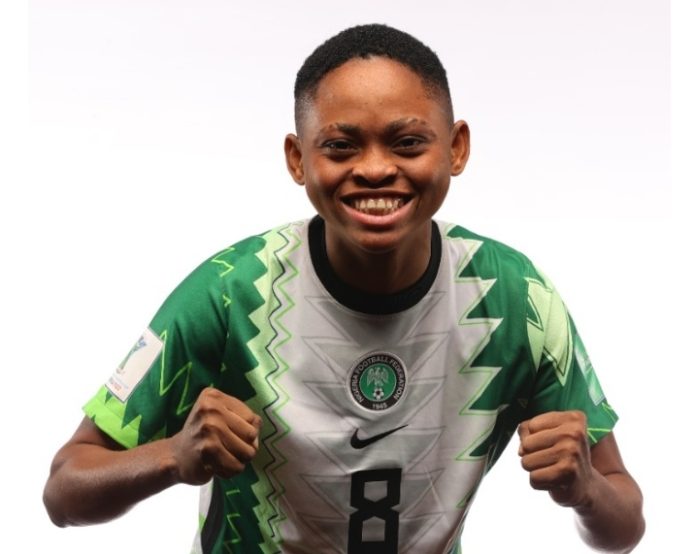 Goal hero Esther Onyenezide was named Player of the Match in the Falconets’ hard fought 1-0 win against South Korea at the ongoing FIFA U-20 women’s World Cup in Costa Rica.

In Sunday’s Group C second game, Onyenezide netted a superb long range strike to seal the win and qualification into the quarter-finals.

It was the Falconets’ second group win after they opened their campaign with a 1-0 win against France.

Onyenezide is the second Falconets player to be named Player of the Match following in the footsteps of Flourish Sabastine.

Up next for the Christopher Danjuma-led team is a last group game against Canada in the early hours of Thursday.

Cristiano Ronaldo Had A Difficult Debut