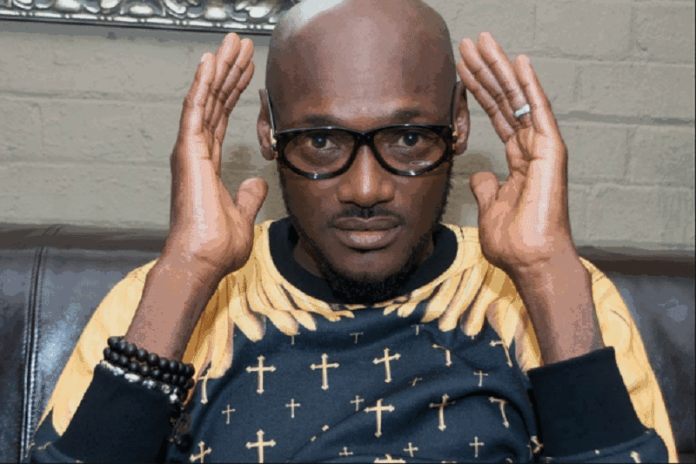 Nigerian popular hiphop singer, TuFace Idibia has slammed Nigerians insulting him over reports that he impregnated a banker.

It had been reported that shortly after Tuface apologized to his wife, Annie, and children for being a ‘shitty’ husband and father, reports that he impregnated a banker went viral on social media.

But Tuface in a statement on Saturday denied the report and urged Nigerians to disregard the rumor.

His wife, Annie, while describing the report as fake news, said the rumour began in 2014.

However, Tuface in a post on his Instagram page on Monday prayed to God to forgive the rumor mongers as their brains have been fried.

Writing in pidgin he said, ”Una too like belle matter see people wey no even know who be their senator just Dey insult unto Wetin dem no even get any idea about. Una well done.

”Father forgive dem for their brain has been fried.”