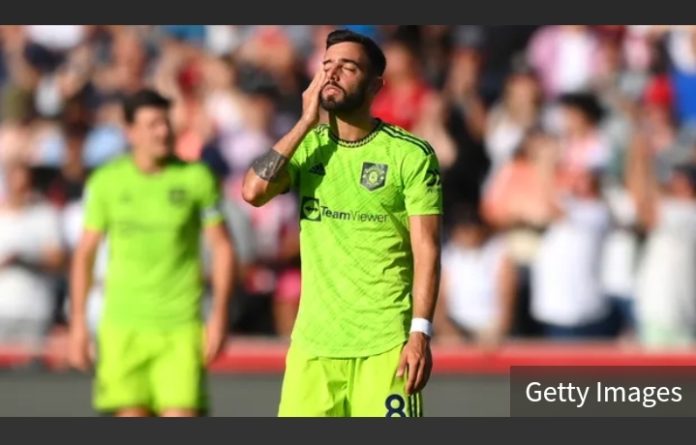 Bruno Fernandes has been heavily criticised by Gabby Agbonlahor, with the talkSPORT pundit calling the Manchester United midfielder the “worst possible teammate” who “gets away with murder”. After a lightning start to his United career, Fernandes endured an underwhelming 2021-22 campaign and has been frustrated early this term.

The 27-year-old has participated in two losses to begin the season: a 2-1 defeat to Brighton and a 4-0 humiliation at the hands of Brentford.

The latter result has been described as the nadir of United’s recent history with Harry Maguire, Scott McTominay and David de Gea among the other players whose faults have also been discussed in recent days.