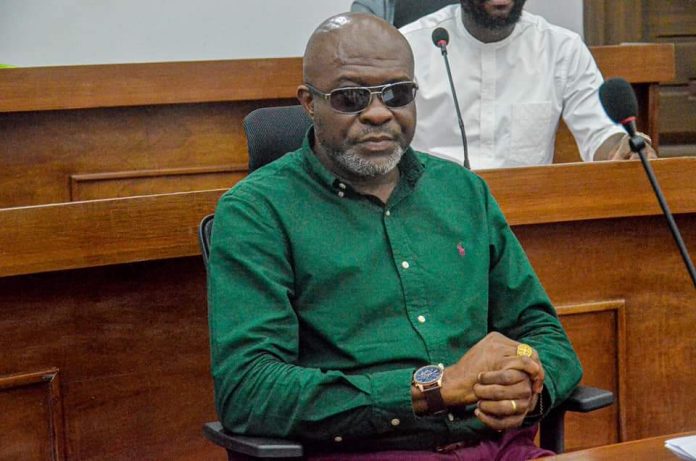 The attention of Abia PDP has been drawn to a clownish news item circulating on social media alleging that the Abia PDP-led government is threatening to kill one Ginger Onwusibe, member representing Isiala Ngwa North State constituency in the Abia State House of Assembly.

For the records, the Abia PDP took a decision long ago not to join issues with recalcitrant elements who want to ride to popularity on the back of castigating PDP, the Party that gave them the little semblance of popularity they have. The Party is more interested in provoking debate, setting agenda and framing issues around critical points in governance.

As a matter of fact, Ginger Onwusibe does not constitute any electoral threat to the fortunes of the PDP and Abia State government. One therefore wonders why the PDP-led government of Abia State will choose to pursue an inconsequential entity like Ginger Onwusibe to the point of wanting to eliminate him. This is just a ploy to remain relevant by dragging the people’s Party into unnecessary altercations, but he won’t succeed.

In this press statement, the PDP will not condescend from its hallowed height to respond to allegations that are the figment of the unimaginative imaginations of people like Ginger Onwusibe. The Party will rather use this opportunity to tell the story of what transpired when Ginger Onwusibe was the Chairman of Isiala Ngwa North Local Government Area.

The Okezie Ikpeazu Administration is in its 8th year in office and it is on public record that within this period, Abia has enjoyed relative peace and has been adjudged as the most peaceful state in the South East and one of the most peaceful States in Nigeria. Throughout the life of this administration, there has never been one incident of political assassination, let alone one involving the government overtly or covertly.

The only record of government’s closest involvement with insecurity happened under the watch of Ginger Onwusibe as Chairman of Isiala Ngwa North Local Government Area when there was a bomb explosion in the Isiala Ngwa North Local Government Headquarters. It is very obvious that Onwusibe was the mastermind of that bomb explosion that took the lives of two indigenes of Isiala Ngwa. Onwusibe has the moral  as well as legal obligations to explain to Ndi Isiala Ngwa and Abia State what actually transpired concerning the bomb incident under his watch as the Council boss.

The Ikpeazu administration has been rated very high in the area of inter and intra Party relationships in Abia State. He is at peace with members of all political Parties because he knows that the whole State is his constituency and does not discriminate, much less go after the lives of very inconsequential people like Ginger Onwusbie. All former State operatives in and outside the PDP are all at peace with the governor and it is a testimony to his large heart that does not accommodate politics of bitterness and acrimony.

Abians and Nde Ngwa are very aware of the personality of Ginger Onwusibe and the security agencies in Abia who have always remained alert to their responsibility are not unaware of the characters and temperament of most politicians in Abia.

The Abia PDP regrets and apologises to Ndi Abia for allowing such a character to have become part of Abia politics through the umbrella of the PDP, and we have also taken time to make sure that we shall never allow individuals with such toxic dispositions as Onwusibe’s to fly our Party flag’s now and in the future.

The Abia PDP will continue to remain focused in its efforts to provide moral and institutional leadership to the good people of the State, and will never be distracted by the devious machinations of those who want to win elections at all cost.

Ahead of the 2023 general election, the PDP calls on Ndi Abia to be very watchful and make sure they do not buy silver at the price of gold. Those masquerading as Messiahs and Saviours are just looking for unsuspecting preys to devour.

PDP- Power to the People

Ikpeazu Orders Investigation Into Clash by Army, Police in Aba