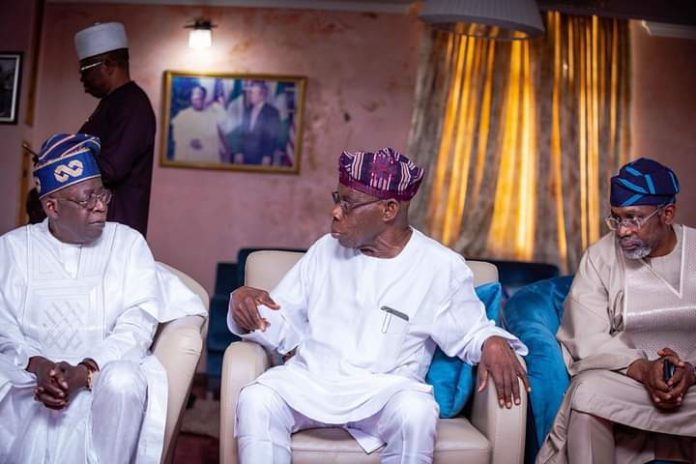 Speaker of the House of Representatives, Mr Femi Gbajabiamila, yesterday, disclosed what transpired during the meeting between former president Olusegun Obasanjo and presidential candidate of the All Progressives Congress, APC, Bola Tinubu.

Mr Gbajabiamila stated that the former President, at the meeting, assured Tinubu of victory in 2023.

Though details of the closed-door meeting were not known, as the former Lagos State governor refused to speak with newsmen, it was gathered that the meeting was not unconnected to Tinubu’s presidential bid and the need to get Obasanjo’s endorsement.

But Gbajabiamila, who spoke during the APC Surulere Local Government Area meeting in Surulere, Lagos, said from what he heard there, Tinubu’s presidency was almost a reality.

The Speaker was present at the closed-door meeting between the two leaders in Abeokuta.

He said: “When we were going to Obasanjo’s house, we were eight, including Asiwaju Tinubu and me; we didn’t want many people to know about the meeting. So, we were to meet Obasanjo and five others from his side.

“But when we eventually got there, we met something pleasantly shocking: a mammoth crowd of our supporters were already at the former president’s house waiting for us.

“So, I, Chief Osoba and Chief Akande and Asiwaju went from our side. My people, what I heard there, what Obasanjo said, the victory of Asiwaju is assured.”