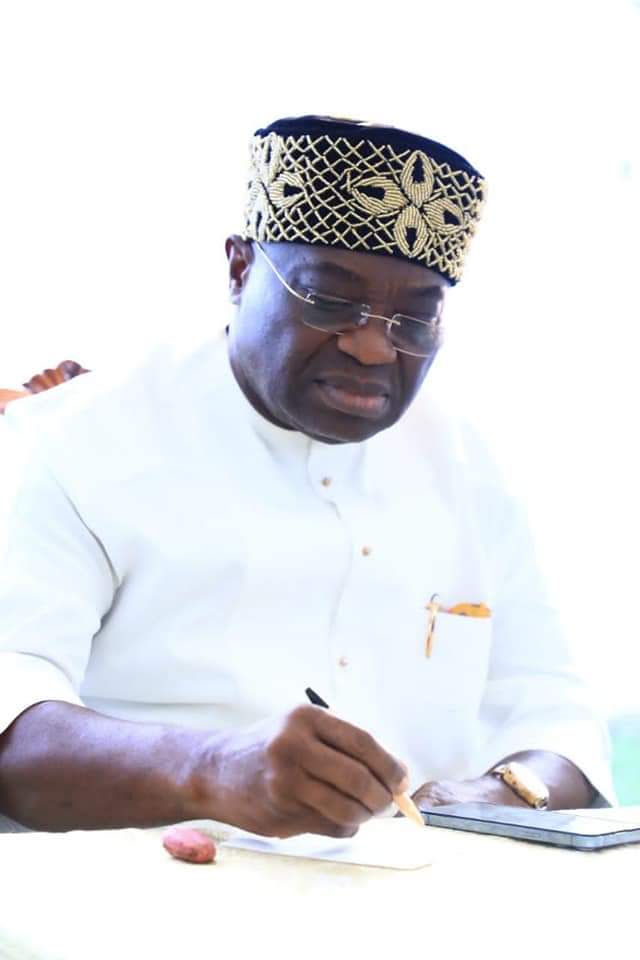 Governor Okezie Ikpeazu has described the people of Ehi na Uguru Ancient Kingdom, Isiala Ngwa South LGA as consistent in the pursuit of truth and justice.

The Governor stated this today when he received a delegation of the representatives of the people of the Community at the Governor’s Lodge Aba. He thanked them for their steadfastness over the years and assured that the challenges facing them as outlined in their speech will receive the attention immediately. He also used the opportunity to thank a son of the community, Dr. Chris Nwagboso for his services to the State, noting that he is a committed worker and a trusted associate, tasking the people to continue to support him. 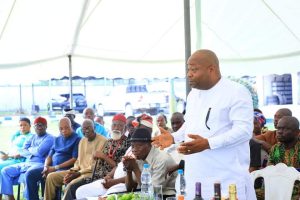 Governor Ikpeazu told the delegation that an initial sum of 1.3 Million Naira will be given to them on the spot to help them commence the roofing of their Health Center Project with an assurance that the project will be completed and the equipment for the center is ready at the Government House store in Umuahia.

He also approved immediate financial support in the sum of Five Hundred Thousand Naira and several crates of drinks as business support to a young man from the community who lost his shop to hoodlums that attacked the community.
Governor Ikpeazu also asked the leader of the delegation to select a young man who will be given an appointment by the State Government. On the issue of security, the Governor challenged them to set up Vigilante Groups in each of the villages and liaise with government for further details.

The Governor thanked the Ehi na Uguru people for remaining steadfast with his administration since 2015, asking them to continue to support the election of Professor Uche Ikonne as the next Governor of Abia State because it was just and equitable in the sight of man and God.
According to the Governor, a Governor from Isiala Ngwa North LGA in 2023 will permanently solve the problem of power shift in the State making it possible for each of 4 blocs in the State to have a valid stake in the leadership of the State with clearly defined timelines.

Speaking earlier, the leader of the delegation, Dr. Chris Nwagboso, a former Chairman of Isiala Ngwa South LGA and the immediate past Deputy Chief of Staff in the office of the Deputy Governor, thanked the Governor for approving the visit, noting that this was the very first time the people of Ehi na Uguru were having a direct contact with a Governor. He assured the Governor that the people have been steady in their support for the PDP and his administration, assuring that they will go all out in their support for Professor Uche Ikonne in the 2023 elections.
He further assured the Governor that their people will not be deceived by the antics of some persons who claim to be indigenes of their Community solely for political reasons and asked the Governor to intervene in the issue of security in their community. 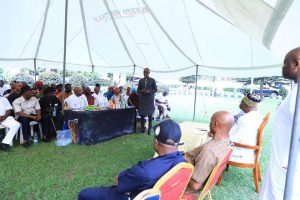 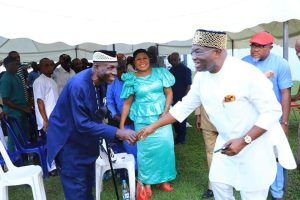 Also speaking, Elder Benson Ikenyi and Bishop Maxwell Agu requested the Governor to look into the appointment of their sons and daughters into offices. They also pleased with the Governor to help complete their Health Center and make it functional as well as to revisit the Okpokiri Road project in their community.
They thanked the Governor for his commitment to the welfare of their people and assured him that they will stand firm in their supper for the Governor and the PDP, especially the election of Professor Ikonne as the next Governor of Abia State.

They later presented gifts to the Governor.

We’ll Be Steadfast In Our Support For A United Cameroon, Says...