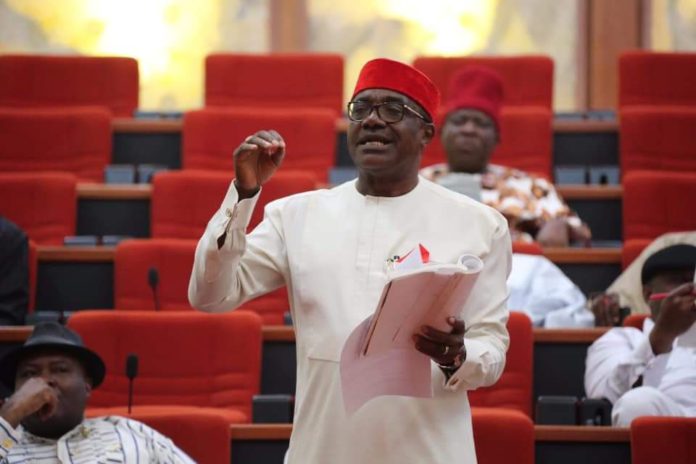 Senator Mao Ohuabunwa has called for calm over the security breach that led to loss of lives and triggered tension and trepidation at Ohafia during the week.

The former Speaker ECOWAS Parliament who condemned the incident, said that life is so sacred and should be treated with dignity and not wasted for any reasons.

He condoled with the families of the victims of the unfortunate incident and called for restoration of peace.

Senator Ohuabunwa expressed worry over the disturbing security concerns in Abia North and called for caution so as not to escalate the already troubling situation.

He maintained that the security of lives and property of Ndi Abia North is sacrosanct and paramount to every other considerations of any individual or group.

Senator Ohuabunwa urged the youths to avoid any situation that could lead to any form of confrontation with security operatives while also appealing to security agencies to be professional and observe the rules of engagement in the eventuality of any clash with civilians.

He therefore, appealed for calm so that the good people of Ohafia can resume their normal lives without fear of molestation by anybody.

The former Leader House of Representatives called on the Federal Government to quickly rise to the growing insecurity in Abia North as well as other parts of the country, maintaining that security of lives and property remains the primary function of Government.

Senator Ohuabunwa said “it’s unacceptable for Ndi Ohafia, Abia North or any part of the state to be made to live in fear”.