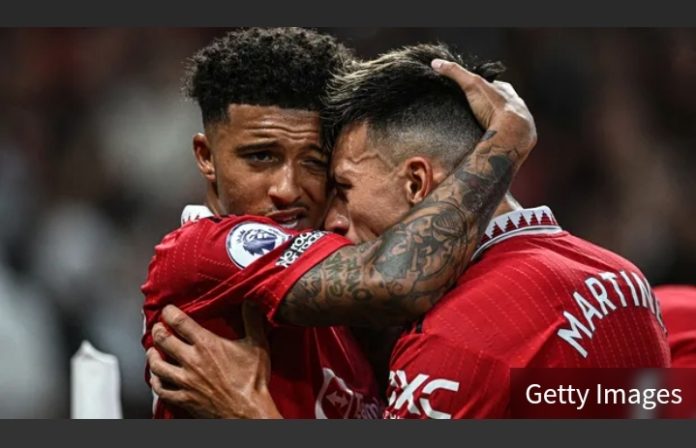 Jadon Sancho and Marcus Rashford fired Manchester United to a 2-1 win against Liverpool on Monday, ending their season-opening slump.

Sancho rounded off a fine team move by collecting the ball inside the box, turning and slotting into the net before Rashford doubled his team’s lead early in the second half. Salah struck back for the visitors with 10 minutes left to play but Manchester United prevented further damage as they claimed a vital result.

The Red Devils have picked up their first points of the new season to give Erik ten Hag’s men a much-needed boost, while Liverpool remain without a win after three matches.

Ighalo Fails To Save Changchun Yatai From 5-2 Defeat

Courtois: My Heart Is In Madrid