Elisha Tari, 25-year-old father has disclosed why he stoned his two children to death in his home.

Recall that the Adamawa State Police Command arrested Elisha for stoning two of his children, aged 3 and 5 years old, to death.

While being paraded on Monday, the suspect confessed that he has a psychological problem and was once tied in chains some time ago.

“I smoke Indian hemp, drink alcohol, and inhale snuff. I don’t take tramadol or any other hard drugs,” he said. 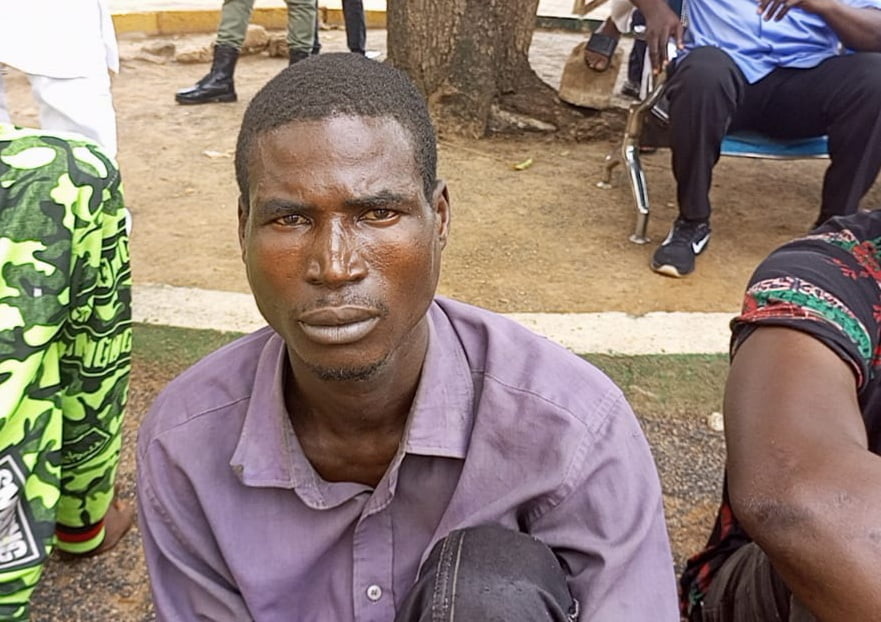 Tari explained that an attempt to bring his wife and the mother of the deceased children, who left her matrimonial home for two months, proved abortive.

On that fateful day, he said the deceased children approached him while he was cooking and he asked them “When is our mother returning back home?”

He said that he also asked them to say “God” but instead, they said “fire, and kept saying fire, fire, instead of God.”

According to him, this infuriated him and led him to pick stones to hit the children.

“I became irritated and provoked by their action as a result which I picked up stones and hit them on their heads to death,” Tari added.