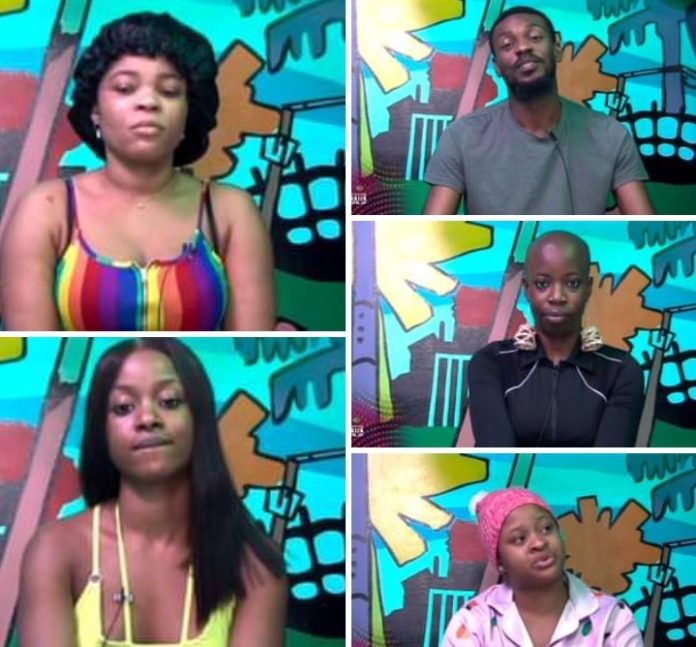 There is an interesting twist to tonight’s eviction live show as the fake nominations of all housemates might turn out a real eviction for the fake housemates if any of them fails Biggie and Ebuka’s secret task.

The task is a daunting one as they would have to withstand the pressure from show host, Ebuka, if they want to remain on the show.

Recall that on Monday, Biggie punished all housemates except HoH Chomzy and her companion, Eloswag, by placing them on eviction nomination.

However, all the housemates are immune from tonight’s eviction (though unaware).

Biggie informed Deji and Chizzy that Ebuka would ask all fake housemates to stand up during the eviction show, but none of them must stand up or else they risk their status on the show.

Show host, Ebuka, is renowned for his hosting genius, tasking questions and for “shaking tables”.

The fake housemates must conceal their real identity in front of the other housemates and must not succumb to pressure.

Fake housemates, Deji and Modella, as well as Riders, Rachel and Chizzy, are not contenders for the top prize and also immune from eviction.

But the table might turn around tonight if any of them fails to withstand the pressure from Biggie’s task/Ebuka questions, which has a semblance with Biggie’s “freeze game” every Monday (HoH games).

Jennifer Lopez to be honoured with MTV Video Vanguard Award this...