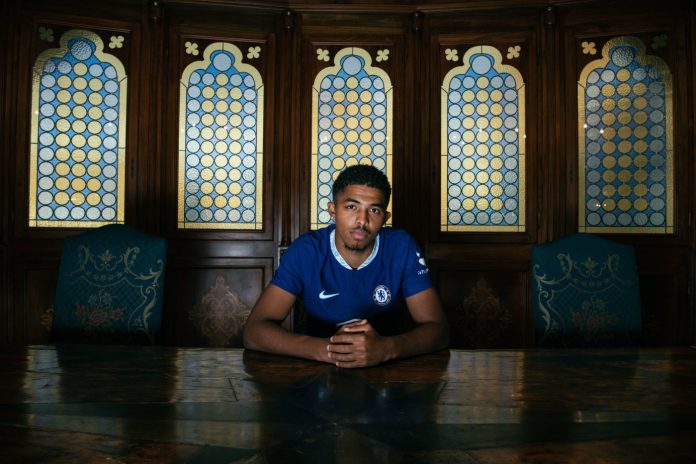 Wesley Fofana is a Chelsea player after today completing a move from Leicester City and signing a seven-year contract with the Blues.

One of the Premier League’s most highly rated young players, Fofana arrives to further bolster Thomas Tuchel’s defence for the 2022/23 season, following the arrivals of Kalidou Koulibaly and Marc Cucurella earlier in the summer.

On completing his signing, Fofana said: ‘The two last days have been really big days for me and I’m very happy. I trained this morning with the team and it’s a dream for me. I’m very excited to start playing games for the fans and the club.

After impressing in his homeland France with Saint-Etienne, the 21-year-old has further underlined his credentials as one of the game’s most promising all-round defenders with his performances during two seasons in England with Leicester.

He was named as the Foxes’ Young Player of the Year in his debut campaign in the Premier League, 2020/21, with one of his best performances in England so far coming against Chelsea in that season’s FA Cup final, as Leicester won the trophy for the first time.

Although he missed part of last season through injury, he instantly picked up where he left off on his return and starred for Leicester as they reached the Europa Conference League semi-finals, their only appearance at that stage of a European competition.

Chelsea chairman Todd Boehly said: ‘Wesley is a hugely promising defender who has already proven his quality in the Premier League at a young age. We are delighted we were able to bring one of Europe’s most exciting talents to Chelsea and further strengthen that area of our squad, both for this season and many more to come.’

Behdad Eghbali and José E. Feliciano, co-controlling owners, said: ‘We continue to build for success and a bright long-term future for Chelsea, and Wesley fits our vision perfectly. He is a player who can make an impact on the squad immediately, while at his age he will only improve further going forward. We are excited to see what he can achieve at Chelsea.’