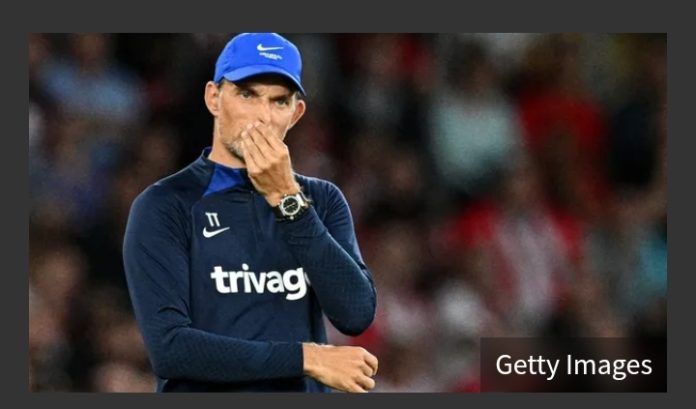 Thomas Tuchel said Chelsea are easy to beat after the Blues slumped to a 2-1 defeat against Southampton on Tuesday.

Chelsea suffered their second Premier League defeat of the season at the hands of Southampton. Raheem Sterling opened the scoring for the Blues but the Saints hit back through Romeo Lavia and Adam Armstrong to earn all three points.

“I don’t know if concern is the right word. I absolutely dislike to lose, it is the second time this season and I don’t think it takes a lot to beat us and this I don’t like,” Tuchel told BT Sport.

He added to BBC Sport: “It is too easy to put us off balance, to beat us, to confuse us. It is too easy. It happened against Leeds. We need to understand why and find solutions.”

The defeat was a damaging one for Chelsea and if Arsenal beat Aston Villa tomorrow, they will go eight points clear of their London rivals. The Blues are hoping potential deadline day signings can help uplift them, with Wesley Fofana and Pierre-Emerick Aubameyang among their big-name targets.

Chelsea will be desperate to get back to winning ways on Saturday when they host West Ham at Stamford Bridge in a London derby.