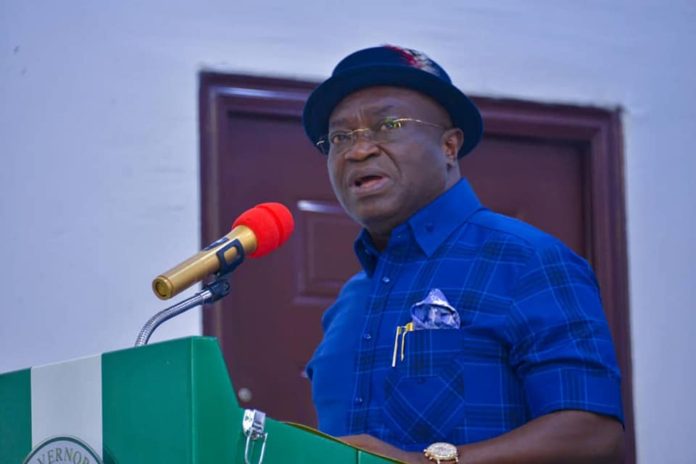 In some instances, some of these persons have openly threatened to attack the Governor and members of his family physically.

It is on record that since his assumption of office in May 2015, Governor Okezie Ikpeazu has exhibited unparalleled tolerance and accommodation in the discharge of his duties as Governor. He has consistently ignored all those whose stock in trade have been to practically poke their fingers on his face for no just cause.

In the last 7 years and some months of his Governorship, there have been little or no negative incidents between the office of the Governor and individuals, except where there were manifest attempts to undermine his person and office.

However, it appears that this disposition of the Governor has been misconstrued by some persons who now, at the slightest reason or even for no justifiable reason whatsoever , embark on a public display of unprecedented insults, abuses and threats to the life of the Governor and members of his family.

The Governor wishes to make it abundantly clear that under no circumstances would he sit idly and allow this situation to continue. No reasonable citizen will watch his personal security come under threat of imminent danger and do nothing about it, let alone, an elected Governor of a State.

Consequently, let it be known that the Governor will henceforth activate all known and relevant laws in every single statute book in this country to protect his person, his family and the office of the Governor of Abia State from any further acts that attempt to put him or his family at risk of any kind.

This new approach will either validate the lies peddled against the Governor or put a stop to them henceforth.

In specific terms, Governor Okezie Ikpeazu wishes to make it categorically clear that he shall pursue his legal rights against Hon. Ginger Onwusibe to a logical conclusion in Courts of Law.