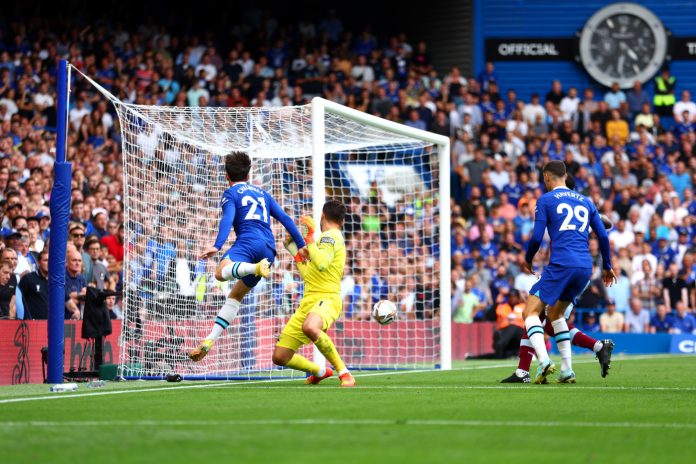 Chelsea came from behind to defeat West Ham United in a match which burst into life in the second half before a frantic finale.

There was little sign of what was to come during a largely uneventful first half, where neither team really threatened the opposition goalkeeper, despite Chelsea enjoying the vast majority of possession against a West Ham side who were happy to sit back and defend.

However, midway through the second half, the visitors somehow took the lead completely against the run of play. Edouard Mendy managed to claw a dangerous corner away from his goal, but was floored by a bundle of bodies in the process, meaning when the ball came back in there was nothing he could do to prevent Michail Antonio from tapping in at close range.

We tried to increase the pressure but it took a double substitution to find a way back into the game, as Ben Chilwell did brilliantly to latch on to Thiago Silva’s high pass into the box, beating two defenders in the air before directing the dropping ball under Lukasz Fabianski and into the net.

Chilwell then turned provider to put us ahead with two minutes remaining, as his low cross was turned in by fellow sub Kai Havertz, but that turned out to be far from the end of the drama.

Almost straight from the kick-off, Max Cornet, who had hit the post with his first touch shortly before Chelsea took the lead, fired the ball into an empty net with Mendy down injured following a challenge by Jarrod Bowen.

This time the referee intervened on Mendy’s behalf, though, viewing the incident on the pitchside screen and ruling the goal out for a foul on the goalkeeper, allowing us to hold on in the final few minutes for a memorable comeback victory over West Ham.

My priority is not Champions League – Chelsea manager, Tuchel