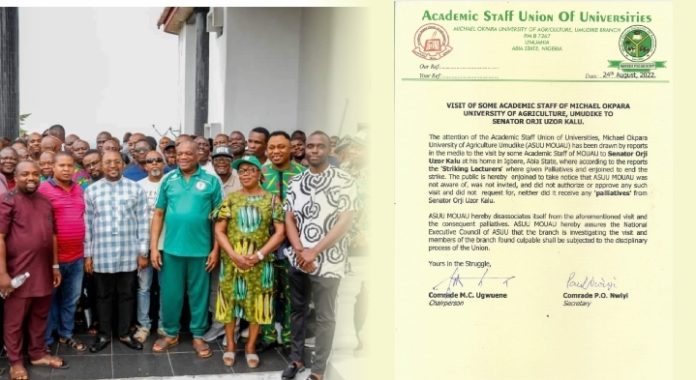 In a Statement signed by Comrade M C Ugwuene and Comrade P O Nwiyi , Chairperson and Secretary of the branch at the Michael Okpara University, Umudike, the union said they were never invited, not aware and and did not authorize nor approve of such visit and did not request for, neither did it receive palliative from Senator Orji Uzor Kalu.

The statement further said that members who are found culpable of the visit will shall be subjected to disciplinary action of the union. 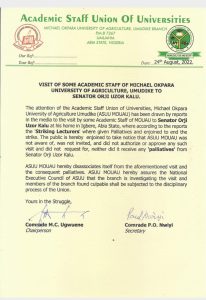 ‘I will break shackle of poverty, destitution in Nigeria,’ says Tinubu