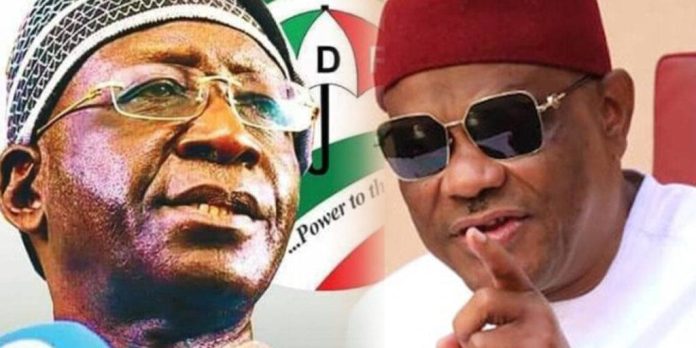 Recall that the former vice president won the presidential ticket at the PDP primary, which was held in late May in Abuja.

After a meeting early Wednesday morning, the Wike camp said Ayu exposed himself through the comment he made after Atiku was declared the winner.

In his remarks after George read out a communique, Jang described Ayu, a former Senate President, as a biased referee.

“For Ayu to go and embrace Tambuwal, calling him the hero of the convention, means there was a private arrangement with Tambuwal to shortchange other contestants, including Governor Wike

“Here was a referee who helped one of the sides to score a goal,” the former Senator said.

The aggrieved PDP stalwarts declared that until Ayu leaves, they would not take part in Atiku’s presidential campaign.

Why Buhari kicked out Baru as NNPC GMD – Spokesman