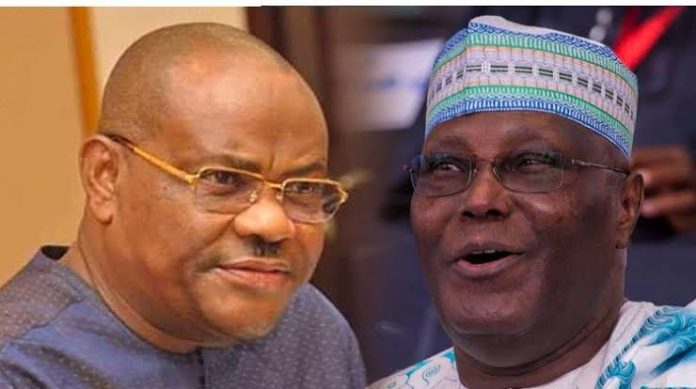 Former Senate President and Chairman of the Peoples Democratic Party, PDP, Board of Trustees, BoT, Senator Adolphus Wabara, has said the crisis rocking the party would be resolved soon.

Senator Wabara gave the assurance Wednesday in Makurdi when he led members of the BoT on a conciliatory visit to Governor Samuel Ortom who he described as a major voice and leading example in the party.

The former Senate President who while fielding questions from newsmen shortly after commissioning the remodelled Ape Aku Lodge within the Benue Government House, acknowledged that all was not well within the party.

He however said “there is no family without problems and that is exactly why we have come to the head, to encourage us with suggestions. As I said earlier, there is no problems without solution. We should just watch our utterances, because we will all come back to the same table in the interest of Nigerians.

“So we will reach out to the groups. That is why we came here so that he will create the enabling environment for us to reach to those aggrieved. Yes they have very strong points, we will look at it as the conscience of the party and come out with a decision very soon.

“We all know that it is only the PDP that can deliver this nation, and provide dividends of democracy for the people like we did in the16 years we were in power.

“God just asked us to give way for eight years for Nigerians to judge for themselves.”

Governor Ortom in his remark commended the team for embarking on the reconciliation initiative saying it would have been done before now.

The Governor who acknowledged that he was also aggrieved said “I have been with Governor Wike, we are friends and colleagues who share common understanding on these issues. I commend the BoT for taking these steps because reconciliation is very key.

“The party leadership would have deployed its internal conflict resolution mechanism long ago. Maybe because somebody else was there before but I commented this effort.

“Politics as I know in my over 40 years of practice is full of conflicts but you must discuss it and find solutions. People have diverse interest; you must look at it and see how there can be a win win for all.

“But treating people as if they are nothing or they have no value does not make sense to me. So I am pleased with what the BOT is trying to do. They have seen me, we have discussed, they are also going to see other governors and I believe that at the end of the day, we shall do something that will bring us together.

“I am an a grieved person too and that is why they came. We should be working together and they are here as fathers, mothers, as leaders, and as the conscience of the party, to discuss with us.

“We have made our positions known severely that we are not happy with the way the leadership of the party at the national level is managing the party. They need to do something.”