Home FEATURED Flood: Most farmers in Anambra died because they couldn’t leave their crops... 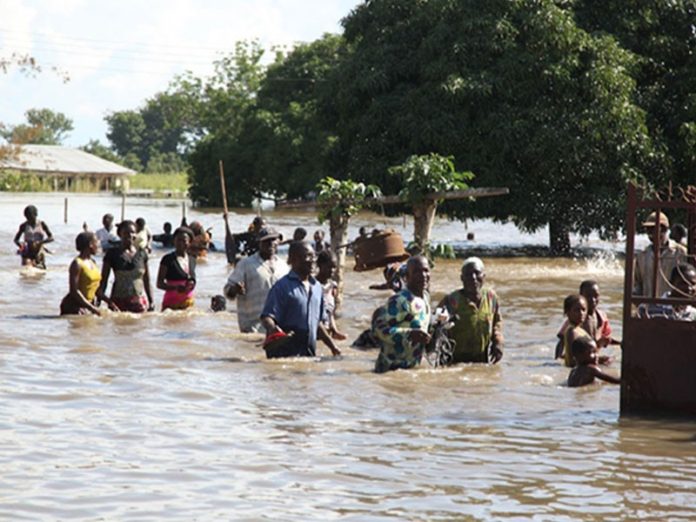 On Wednesday the Anambra North senatorial candidate of the African Democratic Congress (ADC), Hon. Mrs. Uzoamaka Peace Obimuonso, has said that people died due to the flood because they didn’t want to leave their farms.

During an interview with journalists in Awka, Obimuonso said the level of death registered in the recent flood in the area was unprecedented.

She said: “It was not easy on our people; even when some of them saw the ferocious nature of the flood, the temptation for them not to abandon the source of their income was high.

“Some of our people who could not resist the temptation to abandon their farm produce, got drowned by the flood. That was the story of some people from Nzam conveying their rice produce to market unfortunately, they lost their lives.

“It was the same story at Ogbaru, where some people had to beg a boatman to ferry them to market, but they still could not make it because they lost their lives as a result of overload of goods and persons. Some persons were literally swept away from their houses by the menacing flood. All most all the houses in Anambra North got submerged by the flood. A lot of farm produce were lost to the flood.

“All these death could have been averted if the people were sure of the source of their next meal. Most times, the farmers borrow money from local money lenders, which if they fail to pay back when due, attracts heavy consequences.

“With all these calamities that has befallen us in these past weeks, and Anambra State is yet to feel the presence of NEMA and Federal Ministry of Humanitarian, Social Development and Emergency Services.”

She called for more attention from relevant authorities, both in providing food items, household items, and drugs.