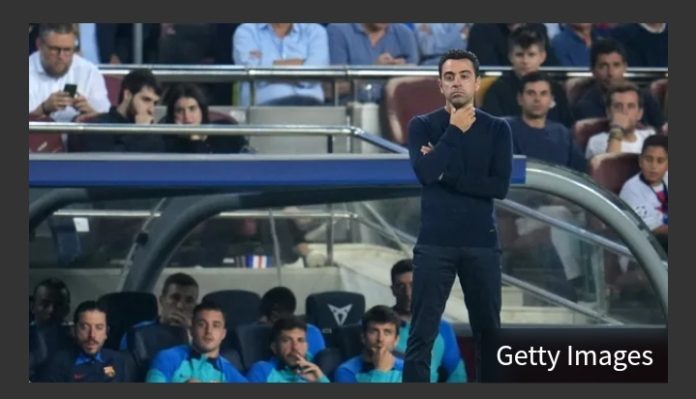 Barcelona manager Xavi pointed towards the difficulty of Group C as his side crashed out of the group stages for the second consecutive year.

Barcelona dropped down to the Europa League for the second season running with a game to spare. Inter’s 4-0 victory over Viktoria Plzen condemned them to their early exit, before Bayern ran riot at Camp Nou with a 3-0 victory. When questioned about his side’s elimination from the competition, Xavi pointed towards the strength in Group C.

“We have to face the reality,” he said. “I already said that we have to grow little by little and today there were good things. Today we did not compete on their level. In Munich we were better but today we didn’t compete.

“Today Bayern was better,” he added. “Just as we were better in Munich and we should have won, today they were better. The group was very complicated and everything happened to us in the Champions League.”

Barcelona will now have to qualify for the Europa League round of 16 via a playoff match against either a second-placed Europa League or fellow third-placed Champions League side. Their elimination from Europe’s elite competition is set to have damning economic ramifications following a summer of risky spending from president Joan Laporta, as the club could miss out on around €20 million (£17.5m).

As Barca await their Europa League fate, they will be forced to play a dead rubber fixture against bottom side Viktoria Plzen. Before that, though, they will attempt to keep up with Real Madrid in La Liga when they travel to Valencia on Saturday.