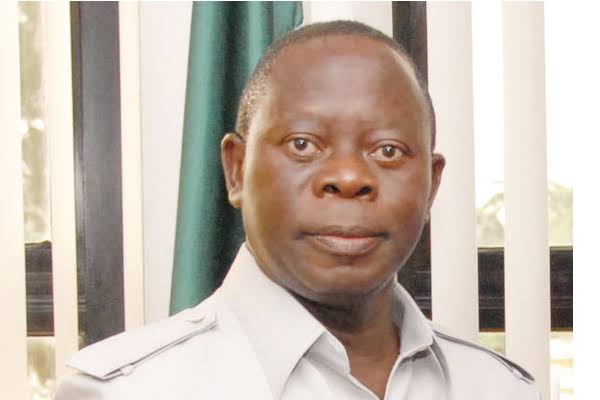 Delta state government, yesterday, said former National chairman of the All Progressives Congress, APC, Mr. Adams Oshiomhole, lied, disclosing that it (Delta State) has so far accessed a total of N44.7 billion from the accumulated N240 billion due to it as an oil producing state.

State Commissioner for Finance, Fidelis Tilije, who made the clarification while briefing journalists in Asaba, explained that the received amount comprised of a quarterly receipt of N4.9 billion for three quarters, and the recently accessed N30 billion from the N100 billion bridging finance application.

Saying that the total accumulated amount was N240 billion and not N250 billion, Tilije noted that N240 billion was approved by both the Federation Account Allocation Committee, FAAC, plenary and National Economic Commission, NEC, for the payment to commence.

He said: “Because of the chronic nature of the nation’s economy at the moment, the payment was spread out on a quarterly basis for five years.

“As we speak today, Delta has received N4.9 billion in three quarters, which gives a total N14.7 billion. The balance will be paid subsequently on a quarterly basis.

“We attempted to discount part of this payment to the tune of N150 billion, that we didn’t do again because we came back to look at the books and therefore, decided we do N100 billion.

“Out of the N100 billion which is part of the approval received from the state House of Assembly, we have thus far accessed N30 billion as we speak.”

Tilije explained that the funds were being applied in the execution of ongoing legacy projects, including the leisure park and film village, Koka flyover, Ughelli-Asaba road dualization, Kwale industrial park, payment of pension arrears and development of the three new universities.

Meanwhile, the state Commissioner for Information, Mr, Charles Aniagwu, also at the briefing berated the presidential candidate of the APC, Senator Bola Tinubu and the state governorship candidate, Senator Ovie Omo-Agege over their unprovoked attack on the Delta State Government.

2023 Presidency: Peter Obi only using LP, will sell them out – Atiku’s ally, Omokri

2023: Tinubu is running away from the law – Dino Melaye

2023 presidency: I didn’t step down for Atiku –  Kwankwaso