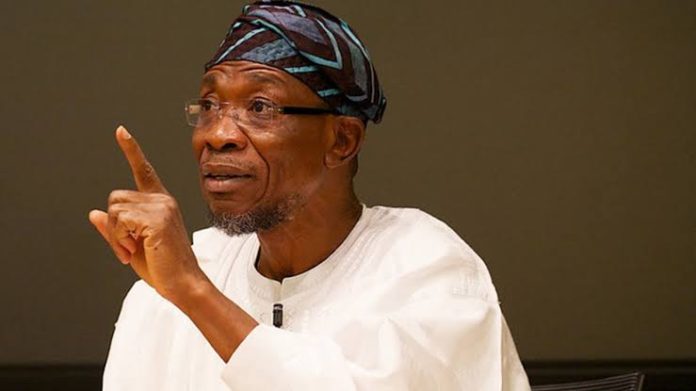 Many months after a brutal onslaught on Kuje Prison by terrorists, the Federal Government has now completed investigation into the attack.

However, the Federal Government does not intend to make the report public due to the security nature of the report.

The Minister of Interior, Ogbeni Rauf Aregbesola, made the disclosure while giving a scorecard of the ministry at a media briefing in Abuja on Tuesday.

He however said some of the escapees from the facility had been recaptured while many others were still at large.

The attacks by the insurgents group led to the escape of over 600 inmates including members of the terror group.

Aregbesola, who was flanked by the Minister of Information and Cultural, Alhaji Lai Mohammed and the Permanent Secretary of his Ministry, Dr Shuaib Belgore, said the greatest legacy of the Buhari administration was the government’s ability to push Boko Haram insurgents out of all the local governments they hitherto occupied before the advent of the government.

The minister said, “In 2015 Boko Haram members were holding territories in local governments in Adamawa, Borno and Yobe States, but today they have been dislodged. Yes, there are challenges here and there, but there is no nation without challenges”.

Aregbesola maintained that challenges relating to the delay in issuance of international passports were being addressed, adding that the procedures leading to data capturing are responsible for the delay.

He said, “We don’t have enough processing and data-capturing centres across the country. This is the major challenge.

“For instance, we have only three centres in the whole of Lagos, but I can assure you that before this administration leaves by May 29, next year, Lagos will have 20 processing centres.

“We will open processing centres in Daura, Oyo, Zaria, Alimosho, Defence Headquarters, Head of Service Office, and one in the Ministry of Interior,” Aregbesola asserted.

Earlier, the Minister of Information, Lai Muhammed, had regretted the increasing resort to fake news by a section of the media, which he noted had become a threat to President Muhammadu Buhari’s achievements in office.

Mohammed noted: “Attack on INEC offices across the country has become a threat to 2023 elections,” citing case of recent INEC fake latter against APC Presidential candidate, Bola Ahmed Tinubu, which went viral in some mainstream media.

The minister cautioned media outlets to avoid being used for such nefarious activities, adding that fake news had done serious damage on elections in other climes and warned that the government would not allow the purveyors to have an upper hand.

We Must Not Allow Criminal Elements To Overrun Nigeria – Shema