Home FEATURED PDP crisis: They want to kill me for asking Ayu to resign... 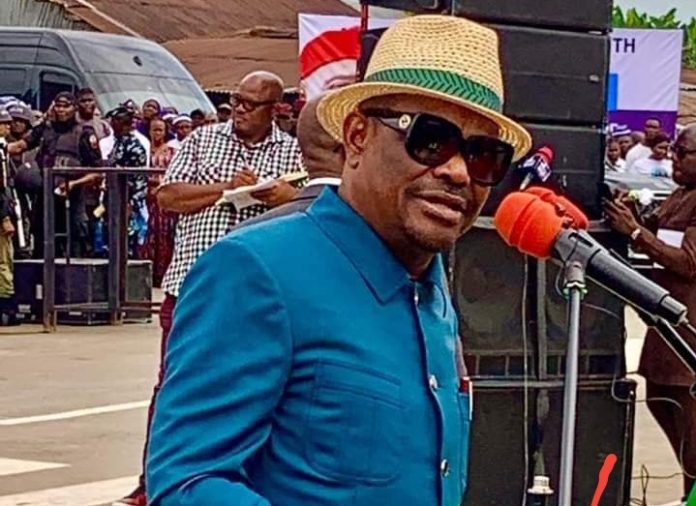 Rivers State Governor, Nyesom Wike has alleged threat to his life over his call that the Peoples Democratic Party, PDP, presidential candidate, Atiku Abubakar, should prevail on the party’s National Chairman, Iyorchia Ayu to resign.

Wike alleged that they threatened him for insisting that Ayu should resign as the National Chairman of PDP.

He disclosed this at the commissioning of the Akpabu-Itu-Umudiogha road in the Emohua Local Government Area of the state yesterday.

Wike explained that he is not agitating that Atiku should relinquish his ticket.

According to Wike: “When I see some people running around and talking rubbish, they forget history easily. Today, we are not saying the presidential candidate should relinquish his ticket. We are not being selfish.

“We are only saying since you are now the presidential candidate, let our people take chairmanship and they say they will kill me. Is it possible?”

He said some people he described as rent-seekers from the state were running around Atiku, hoping that they would become ministers.

“When you see some rent seekers from here going around saying they will give me minister of finance, they will give me governor of Central Bank, you haven’t killed an animal and you are saying women, don’t eat it. Kill the animal first to know whether women will eat or not.

“I don’t want that kind of promise. Give my people this one we are talking now. Give us the chairman so that things can move freely. They come and tell you stories,” he said.

Wike and the G-5 group have been aggrieved with the party’s leadership of the zoning arrangement.

The governor has been agitating for the office of the National Chairman to be zoned to the Southern part of the country.