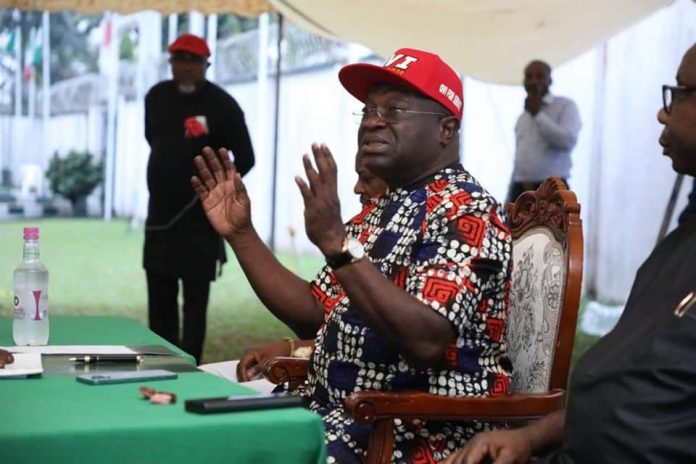 Governor Okezie Ikpeazu has stated that one of the easiest things to do these days is to use the social media as a platform for abusing other people, especially leaders, noting that such conduct does not require any special skill.

The Governor made this known yesterday at the Governor’s Lodge Aba when he hosted a Social Media Group known as NGWA RANT.

The Governor added that while social media abuse can be an all comers affair, the ability to engage constructively is where the challenge is. He urged young people to learn the art of constructive engagement with the authorities by asking the right questions at all times, adding that his administration was open and would grant audience to any group which demonstrates sufficient desire for engagement and respect for due process.

Governor Ikpeazu decried the use of media trial in serious issues of governance and challenged young people, especially those on social media to respect due process when raising allegations, particularly those with criminal colorations.

He assured young people who show genuine interest in skill acquisition and start up support that his administration is very willing to assist them, noting that the Social Investment Office in the State has always had his directives to mainstream young people in their engagements.

4. Financial Support to indigent Students under his scholarship scheme.

He thanked the group for their visit and assured them that he is ever ready for meaningful engagements with then at all times.

Speaking earlier, the Leader of the group, Mr Princewill Nnadozie thanked the Governor for granting them audience. He told the Governor that the group is made of young persons of Ngwa extraction who met through the Social Media whose main objective is to seek ways to contribute meaningfully to social development. He sought for the assistance of the Governor for their members who have learnt skills like tailoring, make up artistry, barbing, etc but lack the financial support to start, as well as others who are students in various institutions who are struggling to pay school fees and find other forms of support in school.

Chief of Staff to the Governor, Chief Okey Ahiwe and the Executive Chairman of Aba North LGA, Prince Prince David Ikonne who facilitated the visit were part of the event. 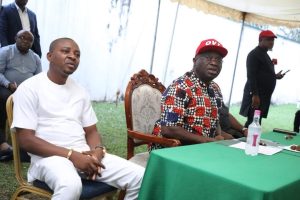 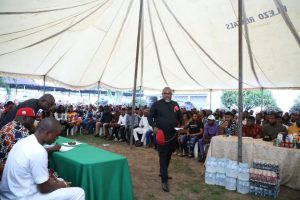 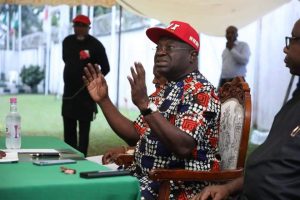 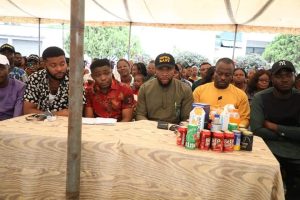 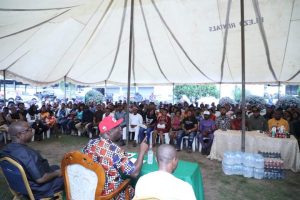