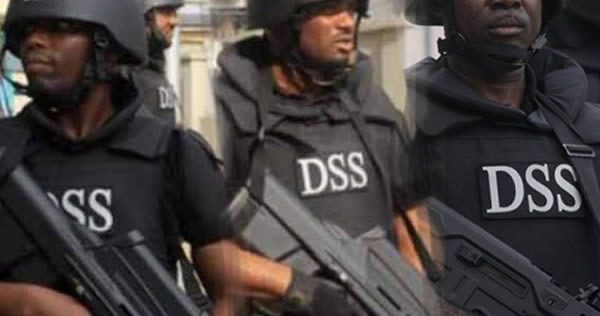 On Friday human rights lawyer Femi Falana has faulted the 48-hour ultimatum by the Department of State Services (DSS) to the Nigerian National Petroleum Company (NNPC) Limited and oil marketers to end the lingering fuel scarcity in the country over security threats.

Recall on Thursday, DSS Spokesman, Peter Afunanya, stated that failure to make Premium Motor Spirit (PMS) available to Nigerians would prompt the services to activate its operations across the country.

However, Falana who made a live appearance on Channels Television’s Sunrise Daily described the ultimatum as an empty threat.

He stressed that the NNPC had the responsibility of supplying petroleum products to all parts of Nigeria, adding that if the organisation failed to carry out its duty, the Federal Government was obliged to call the officials to order and possibly relieve them of their responsibilities.

“(As) you know, every year, at the end of the year – once it is Christmas – there must be artificial supply of fuel,” he said. “The ultimatum will not work because there is no sanction for impunity in Nigeria.

“The State Security Service (SSS) does not operate under the law in Nigeria. It does its own thing. There is nobody to call the agency to order. They will know that it’s just an empty threat because nobody is going to be arrested and prosecuted to teach a lesson.

“The other day, toxic fuel was brought to Nigeria. The government promised, ‘We’re going to deal with them, it will never happen again.’ Was anybody arrested? Was anybody prosecuted? It’s the same thing because they know the people behind it. It’s like oil theft. They know them.”

Falana acknowledged the security concerns of the secret service, attributing the threat to economic sabotage. According to him, the continued presence of long queues at filling stations could lead to “serious security problems.”

Citing the constitution, the senior lawyer noted that the police was saddled with the responsibility of maintaining internal security in the country.

In the event that the police cannot maintain adequate internal security, Falana said the president is empowered to call in the military.

“So, this agency is a secret agency required to submit reports: ‘We fear that there will be a threat to the security in Nigeria.’ And the president will then take appropriate action. We must run this country in line with the provisions of the law.

“That (enactment establishing the DSS) is a decree made by the military. But now, we have the constitution. Section 215 has imposed a duty on the police to maintain the internal security of the country.

“But what the SSS –  not DSS; it is not a department of state security. It is not a department of the Presidency. It’s the State Security Service for all of us. That body is required to submit reports to the government: ‘This problem may lead to insecurity. What can we do very quickly?’ The internal security of our country is the role of the police,” he said.

Announcing the 48-hour ultimatum on Thursday, the DSS stated that the challenge of fuel scarcity had assumed a dimension that was detrimental to the security of the country.

Afunanya, who spoke at the headquarters of the secret police in Abuja after over three hours closed-door meeting with stakeholders in the petroleum sector, confirmed the availability of PMS during and after the Yuletide season.

For weeks, vehicle owners especially in Lagos and Abuja have had a tough time getting petrol from filling stations. Whilst many outlets are closed, the few ones that are open sell the indispensable commodity for as high as N250 per litre from the uniform price of N169/litre.

The shortage of supply has led to long, grueling snake-like queues at the few open filling stations as motorists and business owners jostle to buy fuel while others resort to black market. The situation has also worsened traffic on major roads as vehicle owners block at least one lane to join queues to filling stations.

Anambra Guber: How we rigged polls in favour of Soludo – Man alleges