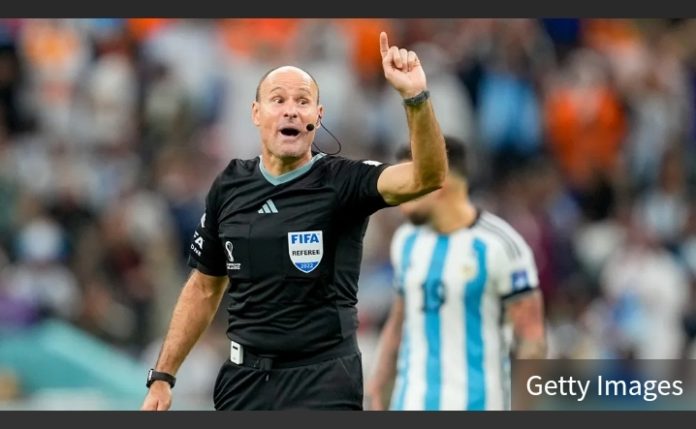 Sergio Aguero has slammed referee Antonio Mateu Lahoz after his performance in Argentina’s World Cup quarter-final against the Netherlands.

The Spanish referee managed the World Cup quarter-final game in a baffling manner, allowing it to descend into chaos at times as he handed out 14 yellow cards and saw multiple brawls break out. In extra time, BBC Sport pundit Martin Keown said: “I think the referee is losing the plot here.”

Aguero took to Twitter to say: “How this referee likes to attract attention, my God.”

Due to all the stoppages in the game, 10 minutes of injury time was added when we hit 90 minutes. Right at the end of that period, Lahoz awarded a free kick which led to a dramatic equaliser for the Dutch via Wout Weghorst as they took the match to extra time. And while Argentina eventually won in the penalty shootout, the referee still managed to make it about himself as he handed out yellow cards to Denzel Dumfries and Noa Lang in this period too.

After this display, it will certainly be interesting to see if the referee is given another opportunity to take charge of a match at the World Cup.