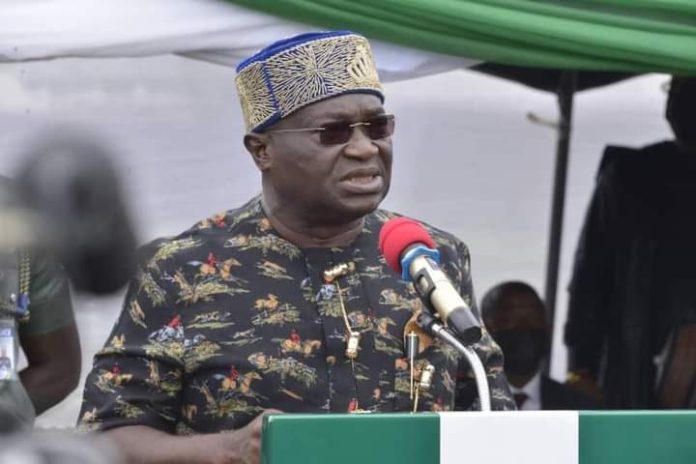 Abia State Governor, Okezie Ikpeazu PhD, has stated that those aspiring to lead after him should not be persons who want to use political power to learn on the job in order to avoid a disruption of the lives and livelihoods of the people of the state at this critical time in history.

The governor made the remark at the 2022 Enugu State Cultural event held in Aba on Saturday.

According to Governor Ikpeazu, leadership in Abia state at this critical stage in the history of the people, and that of Nigeria should be entrusted into the hands of experienced administrators who are prepared by learning, character, life experience and knowledge of the local environment. According to him, only such leaders can be said to have proven capacity to continue wherever he will stop in 2023, continue the trajectory of progress and delivery of dividends of democracy to the people.

Governor Ikpeazu who was represented by the State Commissioner for Trade amd Investment, Chief John Okiyi Kalu, applauded the good relationship existing between Enugu indigenes living in Abia State and the government and people of the state, describing them as “model and integral members of Abia community who have contributed immensely to the development of the state”.

“God has done well for us especially in the area of peace and security. Anyone who fails to compliment and acknowledge God’s benevolence through our administration in the state is being ungrateful and following a risky path for our people. Abia needs to build on the existing peace, security and infrastructure development witnessed across the state in the last seven years. That is why Prof Ikonne, myself and other candidates of PDP should be supported to continue to work for our people.

“Abia is home to all Igbo regardless of state of origin and all PDP administrations in the state will continue to treat every Igbo and non Igbo resident in our state as equal stakeholders. The only way we can sustain the existing relative peace and security in the state is to work together as one people under God”, he said.

The Governor insisted  that the leadership of the state cannot be left for individuals whose desire is to learn on the job stressing that power at the level of a Governor is not for those who want to learn public sector leadership in order to avoid obvious consequences that will set the people back. He further said it was time to consolidate on his legacy projects in the state and urged Enugu indigenes resident in the state to support Prof Uche Ikonne who has a proven track record for excellence to emerge as the next governor of the state.

The Governor re-emphasized government’s commitment to hand over the completed section of the remodelled A-line of Ariaria International market to the original shop owners by January 2023 and assured that the focus of his initial interventions in the senate will be to ensure speedy reconstruction of Aba – Port Harcourt segment of Enugu – Port Harcourt federal highway and Aba – Ikot Ikot Ekpene federal road by the federal government as well as sponsor legislations that will improve trade and enhance the welfare of young people.

“The time for unproductive confrontations is over; we must work hard at the national level to ensure that our people get what is rightly theirs through productive engagements as I have demonstrated with the current federal government providing uninterrupted power to traders in Ariaria International Market and investing in Enyimba Economic City project, among many others”, he said.

Also speaking at the event which was chaired by the former Minister of Power, Prof Bartholomew Nnaji, the PDP Governorship candidate, Prof Uche Ikonne expressed appreciation to the people of Enugu state for giving him a great wife and life partner who, according to him, represents all the attributes of a virtuous woman. He called on them to come out and vote massively for him and other PDP candidates to further cement the partnership between him and the people of Enugu State. He assured that his administration will implement measures to further improve ease of doing business and enhance the existing security infrastructure in the state.

Prof Ikonne who was represented by his running mate, Barr Okey Igwe called on the people to key into his TIGER economy and participatory governance initiatives to create more wealth and eliminate impediments to rapid growth and prosperity of the state. 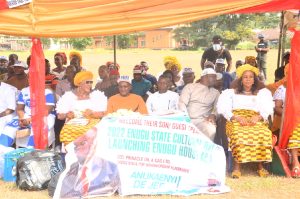 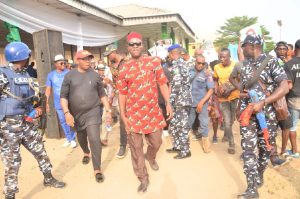 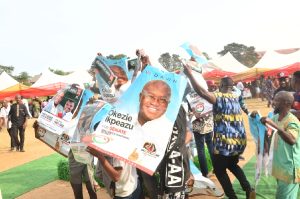 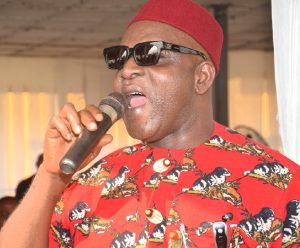 Second Niger Bridge: We’re Not Making Promises For Nothing – Osinbajo