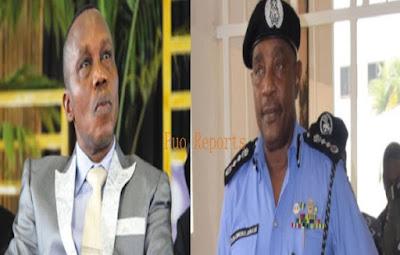 The Inspector General Of Police Mr Solomon Arase has denied receiving any Court Order for the Police to arrest and produce the Suspended,Dismissed and Dis-Fellowshipped former General Superintendent of Assemblies Of God Nigeria Rev Dr Paul Emeka for trial over Certificate Forgery

The Police IG Who made the Denial ,when PUO REPORTS spoke with him to know why the Police Refused obeying the Order made by Justice Umar Yusuf Kargarko of the Upper Area Court for the Police To Arrest and produce Rev Dr Paul Emeka for forgery and parading a Forged Document

If Convicted,Rev Dr Paul Emeka will be in Jail for 10 to 20 Years

JAMB to meet over 2016 admissions