Home Uncategorized SHOCKER: T A Orji Wants Bill For The Creation Of Institute Of...
Spread the post 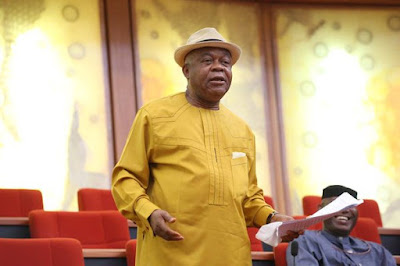 Former Governor of Abia State and Senator Representing Abia Central Senatorial District in the Senate Senator Theodore Orji Today Introduced a Bill that will allow the Creation of Institute of Chartered Politicians.

Theodore Orji whose Tenure as Abia State Governor between 2007 -2015 found his way into the Senate Chamber in a shocking manner because during the March 28 2015 National Assembly elections,he lost in his Polling Unit and Ward. 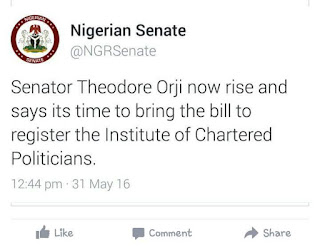 This is Apparently his First Time of Presenting a Bill for Consideration,but shockingly he wants the Creation of Institute of Chartered Politicians