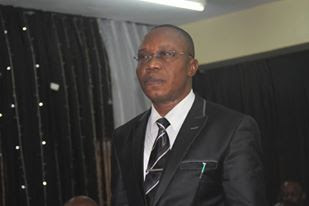 As the World awaits the Full commencement of the Trial of Rev Dr Paul Emeka the Former General Superintendent of Assemblies Of God Nigeria, it is expedient to point out why the Court Should Commit him to Prison.

Rev Dr Paul Emeka was elected the General Superintendent of Assemblies Of God Nigeria in 2011,but for breaching several Sections of the Constitution and Bye Laws of the Church, the Church unanimously Suspended him on March 6th 2014.

Some Of Which Are: The Introduction of Wearing Of Rings and encouragement of Young Pastor to dwell more on Prosperity Messages instead of Soul Winning and Evangelism to which the Church was Founded

Assemblies Of God Nigeria is a voluntary Religious Organization and no court has the power to Compel or force anyone as a member or the Leader of the Church.

Paul Emeka as the Leader of the Church at that time knew about this,but pride and arrogance led him astray to an extent of wanting to stop the General Committee meeting were the allegations against him by the Ambassadors of the Kingdom would have been deliberated.

Chapter twelve of the Constitution and Bylaws of Assemblies Of God Nigeria approved Suspension for any member of the Church who violates that Section.

After his Suspension, Paul Emeka got a Kangaroo Judgement from Justice Anthony Onovo of the Enugu High Court.

Because of that Judgement, Paul Emeka sentThugs he hired from Aguleri to Invade Evangel House,National Headquarters of Assemblies Of God Nigeria to beat up Men of God holding meeting at the Board Room of the Evangel House.

His boys went on Rampage,Cars and Properties belonging to Respected Men of God were damaged and Burnt.

Paul Emeka went to the same Justice Anthony Onovo praying him to commit Rev Charles Osueke,John Ikonni,Chidi Okoroafor among  others to Prison.

But that attempt failed him

Homeless pupils of Evami Special School. a school for homeless and physically challenged children established by Assemblies Of God Nigeria were chased out from their school on the orders of Paul Emeka through one his crony named  Rev Emeka Eze widely known for Bleaching his Skin.

He bought a Professorial Certificate from one Prof Okoro who was deported from the UK some years ago.

University of Derby has said the Management of the Institution does not have on it records anybody with the name Paul Emeka that it awarded a Professorial Certificate in 2005.

Paul Emeka is standing trial at the Upper Area Court In Abuja,he has made all attempt to stop the Trial,but all failed him.

The Court should commit Rev Dr Paul Emeka to Prison so it can serve as deterrant to other men of God seeking Titles In an ungodly manner.

Promise Uzoma Okoro is a member of Assemblies Of God Nigeria,he wrote from Portharcourt

Biafra: MASSOB passes vote of no confidence on Ohanaeze Ndigbo

BREAKING: No Land For Grazing Reserves In Abia -Ikpeazu