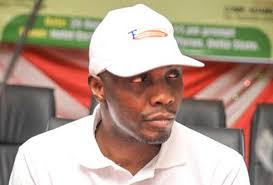 Former Leader of the Movement for the Emancipation of the Niger Delta, Mr. Government Ekpemupolo otherwise called Tompolo, has urged the Niger Delta Avengers to accept the Federal Government’s offer of an olive branch to it in order to resolve the crisis in the region.

He also appealed to the members of the group to stop attacks on oil facilities in the Niger Delta region.

The former MEND leader said this in an electronic mail sent to our correspondents by his Media Consultant, Mr. Paul Bebenimibo, on Saturday.

He said members of the NDA had militarised the region and attracted negotiators and political jobbers thriving on rumour mongering to the region.

Tompolo said the people of Gbaramatu had been subjected to harassment and intimidation by security operatives deployed to the community to arrest those behind the attacks in the region. Tompolo is from Okerenkoko, Gbaramatu Kingdom in the Warri South-West Local Government Area of Delta State.

According to the statement, Gbaramatu has become deserted because of the fear of a repetition of the 2009 military raids in the area.

Tompolo also said the military had not returned some valuable items taken away from Oporoza during the May 28, 2016 raid of Gbaramatu.

The statement added, “I wish to once again write the members of the Niger Delta Avengers to embrace the Federal Government’s dialogue option as a way out of the brewing crisis in the Niger Delta region. As I have said before now, I do not know you and how to reach you except through the mass media, therefore it is high time you stopped the bombing and destruction of crude oil facilities in the region.

“One thing you ‘guys’ may not be aware of is that, you have not only succeeded in militarizing the Niger Delta region now, but also succeeded in giving birth to so many negotiators and political jobbers within the government circle, who are very serious rumour peddlers in the country now.

“As for the people of Gbaramatu kingdom, they have not known peace since you ‘guys’ started the bombing of oil facilities as they have been harassed, intimidated, violated and invaded on daily bases by the Nigerian military under the guise of looking for members of your group and my humble self, who they have criminally and wickedly linked to the Niger Delta Avengers.’’

The ex-militant also faulted claims that some of his men were coordinators of the NDA.

He said those mentioned, Benji Ekeremor, Super and Owomor were beneficiaries of the skills acquisition programme of the Amnesty Programme and were utilising the acquired skills to earn a living.

He noted that linking his men to the group was an attempt to implicate him by his enemies. Tompolo further said the government was serious about negotiating to end the crisis.