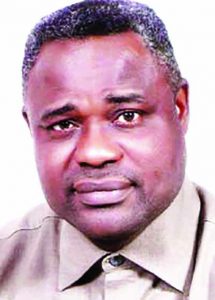 Founder of the Covenant Church, Warri, and former chairman of Warri South West Local Government in Delta State, Rev Sam Ken, has said Nigerians  should not to invest hope in the 2017 national budget presented by  as a soothing balm for the prevailing economic recession.

He said the president was not prepared for governance and it shows in his wobbling economic policies and summersaults.

Excerpts:
What is your take on President Buhari’s anti-corruption war and the clampdown on judges?
We have a president who came in with the change mantra but unfortunately for Nigerians, the change is in the negative. Sadly, the clamp down on judges is one of the manifestations of the change. You can’t wake up overnight and try to make people at the level of judges look common, because they are not. What are you looking for that will make you raid the house of a judge in a Gestapo-style in an ungodly hour?
Even if you had intelligence reports that the judge was going to flee the next morning, what stops a security organization like the DSS from keeping watch at the judge’s premises till dawn, then in broad daylight, you can respectfully arrest him if need be. If he refuses to open his door, then you can go ahead and lawfully take action then charge him to court. Regrettably, the operation was shameful and unnecessary. And, it only showed that the so-called fight against corruption is a dramatic display of shallow mindedness. That is not how to execute a populist agenda; it will backfire. People are unimpressed and disgusted, it was an unnecessary misadventure.
I haven’t seen any fight against corruption, I have only see the dramatization of a pre-conceived mindset. That is, to embarrass a few persons and put fear in the minds of a great number of people, particularly the opposition. What President Buhari has done so far cannot by any standard be regarded as a fight against corruption. I have been in government and when I was chairman of Warri South-West Local Government, I wagged an anti-corruption war without attacking anybody. I worked on those areas that would facilitate corruption, and that was how I was able to handle it.
It is not a matter of threatening everybody, picking up a few persons and making life unbearable for them, their families and their relations, with the intention of creating an impression that there is a war on corruption. There is no war on corruption. If you watch carefully, everything is still the same till date. All we have is a media blitz; all motion, no movement. So, the anti-corruption war as far as I am concerned is selective, theatrical and deceptive. If Buhari is truly the person we thought he was, so many people in his administration wouldn’t have gotten near the corridors of power.
How can the government handle the prevailing economic recession?

Those who understood our economy managed it until Nigeria became the largest economy in Africa not long ago. It is a pity that this administration has run down the economy because they were not prepared for governance. I am not too sure that they had the mindset of winning the election. For instance, delays in cabinet appointments and other inactions and policy summersaults, were clear evidence that Buhari was not ready for leadership. The economy is in a very bad state because all the policies that were put on ground could not make the economy pick up immediately.
My prayer is that this year, he will listen to the advice of people committed to the unity and progress of this country; not people with divisive tendencies.  I make bold to say that Dr. Goodluck Jonathan did not hand-over an economy in recession and at the time he handed over to him, we were not in recession. Unfortunately, Buhari failed to take the right steps at the very beginning of his administration, hence we are now deep into economy recession. He should engage capable hands to help him run his government. He should act fast to save the poor masses, because an economy that is in recession for too long will eventually graduate into depression if not properly handled.
Don’t you think the 2017 budget would help resuscitate our economy?

The money to finance the N7.2 trillion budget is not even there, so, on that front alone, the budget is a failure. I studied economics and I know that budgets could be run on credit. For us to talk about borrowing money, either locally or from foreign sources to run our budget in 2017, shows how our leaders are. It is not a budget that is going to bring any positive change; at best, it will bring change to increase the pains of Nigerians.
Do you think Vice President Osinbajo’s recent visit to Gbaramatu Kingdom would bring lasting peace to the Niger Delta?
I appreciate the vice president’s visit. I remember vividly that ex-president Jonathan was in Gbaramatu twice, when he was vice president. Apart from the now contentious Maritime University of Nigeria which recently built in the area, nothing else has been done, even though Dr. Jonathan is an Ijaw and Gbaramatu is one of the clans in Ijaw land, not just any clan, but the highest crude oil producing community in Ijaw land. The government might have gotten intelligence reports that the Avengers want to resume striking oil facilities. But I doubt if his trip to Gbaramatu would bear immediate fruit; this is because his (Osinbajo’s) interest is ensuring that all blown-up pipelines and other damages done to oil facilities are rectified, including the flow stations to facilitate oil production and gain increased export in oil and petro-dollars.
I am not interested about the visit of the vice-president because even his pronouncements were not inspiring. When a high-ranking government official visits the oil producing Ijaw communities and gives such reasons as coming to see the plight of the people, it is very annoying, provocative, because everybody is aware of our plight. The statement by Osinbajo that he would present the complaints before Mr. President is not good enough; it showed that this government does not have anything in the pipeline for the suffering Ijaw nation.
Source: sun

OMG: It Was An Aboki Man That Impregnated Okorochas Mother Says...