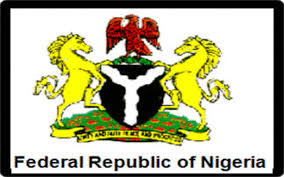 The Presidency has clarified its stand on the planned nationwide peaceful protest against economic hardship in the country by a group of Nigerians led by popular musician, 2face Idibia.

The Senior Special Assistant on Media&Publicity to the Acting President, Yemi Osinbajo, Mr. Laolu Akande gave the statement in a series of tweets.
According to him, “This administration will not prevent Nigerians from expressing themselves in peaceful protests, it’s a fundamental right of the people.”
He said further that, “No govt has ever laid out the kind of Social Investment Prog, the Buhari govt is now running across the nation, that will touch millions.”
The popular Afro-Pop artiste, 2Face Idibia, had earlier in the week, called for the support of his fans and colleagues via his social media platforms to join his march against the crippling economic state of the nation. The protest is slated for February 6, 2017.

In a video posted on his Facebook account on Tuesday, 2Face urged Nigerians to come out in a “peaceful and articulate manner” for the march, adding that “the need for urgent solutions to the challenges facing Nigerians has become very clear. Things are not getting better for the majority, we are still where we are, poor and desperate. I will no longer be quiet.”
The group coordinating the protest, @EiENigeria, wrote in its Twitter handle: “In view of the latest police update, how do we proceed with the march? Protest continues as planned. #IStandWiithNigeria. Our leaders owe us their ears too and they must hear us. This march is about connecting the government with the citizens.”
However, the trio of the Special Assistant to President Muhammadu Buhari on Media and Publicity, Mr. Femi Adesina, the Special Assistant to President Buhari on Electronic Media, Mrs. Lauretta Onochie and the Lagos state Commissioner of Police, Mr. Fatai Owoseni had variously taken the planned protest from the vantage points of it being against the Buhari-led government.
Mr. Adesina had while playing host in an interview with Lagos Talk 91.3fm, described the planned protest as coming from disgruntled people still living under the defeat mode of the 2015 election.
He had said thus:“This is a country of about 180 million people. It is impossible for 180 million people to think the same way. Yoruba has a saying that if you all sleep and put your head in the same direction, then you are all foolish because you would be breathing in one another’s mouth and lungs.”
“Don’t forget the last election and how it went. Somebody scored 12.5 million votes, another scored about 15 million votes. There are some people who are still in that election mode. They have not gotten out of it and till today, they are still living and ‘rheumatisizing’ about the past.”
“What they don’t know is that that past is gone and gone forever. Majority of those calling for the protest are still in election mode. Majority of them are people that have resolved not to see anything good in this administration simply because the man they wanted lost at the polls.”
Similarly, Buhari’s spokesperson on electronic media, Onochie had also called the African Queen crooner to come to a national TV and explain his “beef” with Buhari instead of going on national newspapers.
According to her, “Nigerians would like 2Baba to explain the policies that he’s not happy with on National LIVE TV, as well as proffer alternative economic policies that would better serve all Nigerians. Not on newspapers that could have been written by anyone.”
“That way, Nigerians will know it’s entirely his idea, that he understands what he’s doing, and acting in the interest of all Nigerians. Otherwise, we might assume that the protest is for those who miss the heist that happened under You know who. Nigerians are waiting. Thank you Sir,” she had said.
“In support of the two above, the Lagos state police commissioner, Owoseni had threatened to stop or even arrest the crooner on the pretext that the force had gotten an intelligence report that some hoodlums equally planned on hijacking the protest to cause mayhem.” He said: “Information reaching us revealed that some hoodlums are planning to hijack the peaceful protest and at such, we won’t allow it to hold in Lagos.”
He said: “Information reaching us revealed that some hoodlums are planning to hijack the peaceful protest and at such, we won’t allow it to hold in Lagos.”
“We know that Tuface does not have the capacity to contain such a crowd and we will not fold our hands and watch while things go out of hand,” Owoseni said. According to him, “no matter how good an intention is, hoodlums would always find a way to harass, rob and attack innocent members of the public who may wish to go about their lawful duties.”
Despite the threat, the pop artiste has vowed to go ahead with the peaceful protest especially as many stakeholders voiced support for the protest.
Source: BNN

Hate Speech Will Be Considered An Act Of Terrorism, Says Osinbajo