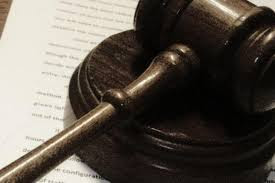 A 32-year-old female employee, Sarah Oboh, who allegedly slapped and tore the clothes of her employer’s mother was on Friday arraigned before an Ikeja Magistrates’ Court in Lagos.

Oboh, a resident of Surulere area of Lagos State, is being tried for breach of peace, damage and assault.

According to the prosecutor, Insp. Clement Okuoimose, the accused committed the offences on Feb.1 at Bolaji Street, Ikeja, Lagos.

He said that the accused assaulted Mrs Olubunmi Jeyibo, by slapping her and tearing her clothes.

“The accused gave the complainant a slap and she also tore her clothes valued at N25, 000,” he said.

He said that the complainant was assaulted when she went to her late son’s company to check the well-being of staff and discuss with the accused who was managing the company.

“She went to her son’s company to have discussion with the accused who is in charge after the demise of her son.

“During the discussion, an argument ensued and the accused slapped the complainant on her right cheek.

“She went further by tearing her clothes,” he said.

The News Agency of Nigeria (NAN) reports that section 170 prescribes a year imprisonment as penalty for assault.

The accused pleaded innocence of the offences and was granted bail in the sum of N20, 000 with two sureties in like sum.

The Magistrate, Mrs Y.O Ekogbule, adjourned the case to March 1, for mention.