Home Uncategorized Abia Poly is replica of our polytechnics where waste of money is...
Spread the post 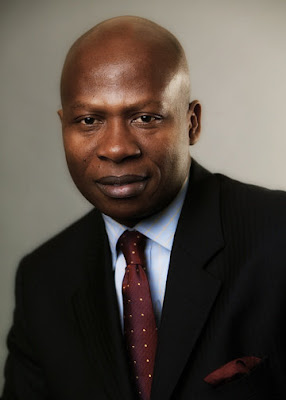 Between May 2015 and now, Abia State Polytechnic, Aba, has had three Acting Rectors. Similarly, there has been series of industrial strike actions by the staff of the institution.
The issue, which triggered a face-off between the government and the management of the school, stems from unpaid salary arrears of seven months.  Only last week, Governor Okezie Ikpeazu sacked the third Acting Rector, Acting Registrar and the Governing Council members of polytechnic in a sweeping move. In this Interview with Vanguard, the state Commissioner for Education, Ikechi Mgbeoji, a professor of law,Speaks

Why polytechnic must be overhauled — Mgbeoji

Differences in educational systemI was in Canada for over 20 years. My experiences there as a professor and what I see there and how things are done are a lot different from the ways things are done in Nigeria’s tertiary institutions. I am giving this background so that, maybe, others can learn from it. Since the British institutionalized tertiary institutions in Nigeria, starting from Yaba College of Technology to University College in Ibadan, in the early 50s, the structure of governance in tertiary institutions has not changed much. So, we have a system in which whoever is the Rector or Vice Chancellor is almost a demigod in the school. We don’t have checks and balances in terms of how they exercise power. Abroad, it is the student that is almost the king. Everything they do in schools there is focused on students. The student is front, center and back. Even when it comes to the hiring of somebody as teacher in the university or polytechnic abroad, the students are part of what is called Hiring Committee.


How tertiary institutions should work So what that means is that a semi-institution is a semi-autonomous body. Those who work there are not classical civil servant. A person who works at at the ministry of works or whatever is different from somebody who lectures in a polytechnic, their conditions of service are different. Government regulates that of the civil servants whereas in the polytechnic or university, they collect  revenue through fees, keep and use money as they deem it. In Abia State Polytechnic, the real problem  is that, over the years, their Rectors have been acting like typical Nigerian Rector that is grossly irresponsible. They collect their money and waste the money. The profligacy there is unprecedented.


They wasted millions of Naira Let me give you an example,   their Council, there was a mistake the first one made. So what that means is that a tertiary institution is a fairly autonomous body. The Council Chamber is 20 feet by 12 long. They spent N2.4 million to renovate that room. Eight months later, they spent about N30 million, that same room again. They documents are there. They spent N116 million to clear. The contract was awarded to the Chairman, and the contract was awarded at a time when the company  hadn’t been duly registered by CAC. Abia Polytechnic his 95 men at their gate. They are pensionable workers. They have over 10 medical doctors there. Meanwhile, nobody lives inside the school. Students live outside. Each of the doctors there is on about N400,000 plus salary every month. Abia Polytechnic has about 42 workers in their bookstore and the bookstore is almost empty. Two of them are on salary of over N400,000 every month. The school has a Director of Sports. The woman is over 65 years old and she is still working. Abia Polytechnic has over 1,000 non-tutorial staff. I have the whole panel report. I can go on and on. So, these people sat down there. They didn’t go on strike when these things were going on. It was a real racket going on there.