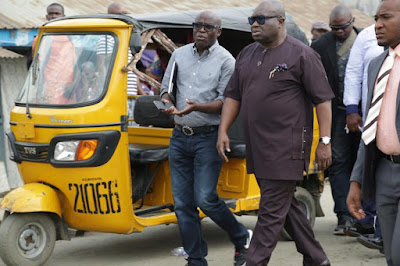 Respite maybe coming for residents of Portharcourt Road axis of Abia the commercial City of Abia,as the State Governor Dr Okezie Ikpeazu today declared that the Construction of the Road which is a Federal Road will start between now and Four Weeks time.

Governor Okezie Ikpeazu made this known this Morning while adressing residents and commuters in the Area during a fact finding visit of the State of the Road,alongside his Works Commissioner Mr Eziuche Ubani.
“We want to see if we can enter this Road,but the work that will be done here,will be according to how Faulks Road is being Done,what it means is two Things “
(1) “Many  buildings on this Road doesn’t have Soakaway,so those buildings will be demolished,secondly i dont want after working this Road,tomorrow we talk of coming back again”
“Between now and the Next Four weeks,we shall bring a Contrator who knows his Onus to handle this Road” The Governor Stated”.
Portharcourt Road a Federal Road leading entrance from Rivers State to Aba had been in a Deplorable and unmotorable state since the Administration of former Governor Orji Uzor Kalu 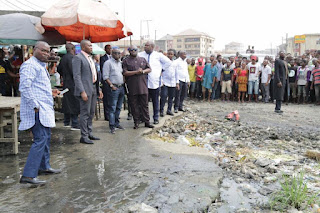 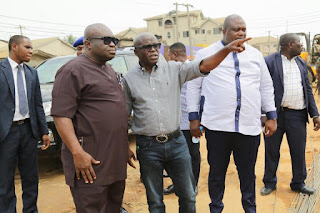 Two arrested for abduction in Enugu

God will make a way for me to pay Ekiti workers’...