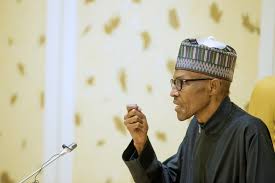 The Senior Special Assistant to the President on Media and Publicity, Garba Shehu, has said that Nigerian elite always criticise the administration of President Muhammadu Buhari of doing nothing because they do not care for the ordinary people.
According to a statement made available to journalists on Sunday, the presidential spokesman spoke in an interview on Pyramid Radio in Kano State.
He said the government was doing a lot of improve the lot of ordinary people who the elite do not care for.
He said, “Because the elite do not care for ordinary people, they are saying that government is doing nothing. But we are doing a lot for ordinary people.
“They don’t want us to talk about the 14 solar power projects that have been licensed to boost electricity supply in the country; the Mambila power power project which will soon leave the drawing boards and the many Chinese projects including the standard gauge railway.
“This country has more important things to talk about instead of dwelling on trivia.”
Shehu said the price of a bag of fertilizer has reduced from between N9,000 and N10,000  to N5,500.
He said the country has about 32 fertilizer blending plants that have remained idle for many years but that about half that number are now in production with many of them running three shifts a day.
According to him, some of them employ as many as 100 workers.
Speaking about the government’s initiative to boost rice production in the country, the presidential spokesman said while the government bought 1.2 million tons of rice from Thailand in 2014, only 58,000 tons were imported in 2016.
“As a result of the country’s growing rice production, assisted by the the decision by the government to deny foreign exchange through the Central Bank for the importation of rice, parboiled rice mills in some Asian countries are shutting down because Nigeria, one of the world’s largest largest importers is not buying.
“Five of such mills in Thailand servicing Nigeria have stopped production due to the withdrawal of our patronage.
“Currently, government is watching with keen interest, the growing investment in rice milling by the private sector and will continue to give encouragement through the Ministry of Agriculture to such efforts by BUA Industries  in Jigawa, Dangote in Kano, OLAM and WACOTT in Nassarawa and Kebbi and what a consortium of businessmen lead by a former Governor in Anambra State are doing.
“The increase in the volume of rice production and processing is already saving this country a lot of money,” he added.
Shehu also said the administration’s agricultural revolution was bringing about other socio-economic changes in the country.
“A recent survey in two urban areas in Jigawa state, the capital Dutse and Kiyawa showed that jobless young men are migrating from motorcycle taxi, achaba to farming.
“In Kiyawa, it takes a long wait to catch a motorcycle taxi because they are rapidly disappearing. The young men are moving to the farms.
“These are development issues in the country that our media should pay attention to,” he said.
Source:punch