The upper chamber declared the Customs boss unfit to hold public office anywhere in the country. 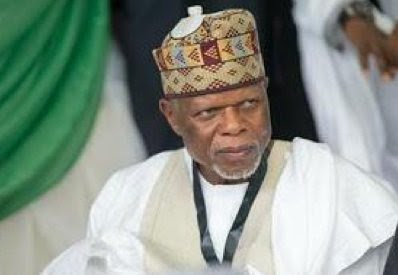 The lawmakers further resolved to ask Ali to immediately throw in the towel in the interest of good governance and allow rule of law to prevail.

The Senate also came hard on the Attorney General of the Federation (AGF) and Minister of Justice, Mr. Abubakar Malami, for allegedly advising Ali to shun Senate invitation.

The resolutions were made after a closed session where issues concerning the senators’ insistence that Ali should appear before them in uniform were exhaustively discussed.

It was a charged session where senators took turns to criticise Ali for his effrontery not to honour the Senate invitation.

The lawmakers concluded that Ali deliberately refused to honour the invitation to appear in Senate using “orchestrated pending suit as a cover.”

Briefing by the Comptroller General of Customs and Excise in line with Senate resolution was listed in Order Paper as one of the legislative businesses of the day.

Deputy Senate President, Senator Ike Ekweremadu, informed the Senate after the closed session that the Customs boss failed to appear.

He said they received a letter on Tuesday from the AGF asking the Senate to stay action on Ali’s invitation due to a court process on the invitation.

“I wish to formally intimate you that I am in receipt of a letter dated 20th, March 2017 wherein I have been served with an originating summons in respect of the above subject matter (copy attached).

“In line with the principles of rule of law, court decisions or most importantly, the declarations sought have been deeply rooted in the constitutional provisions; I hold the view that this matter is sub-judice.

“In view of three above, it is the interest of justice and rule of law to stay all actions in this case until the constitutional issues raised in the matters are resolved by the law courts. I wish to further intimate you that as a defendant in the said suit, I intend to file processes and pursue it to a logical conclusion.