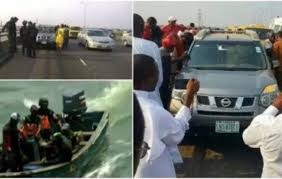 Body of the medical doctor who jumped into the Lagos lagoon last Sunday, Allwell Oji has finally been recovered.

According to a statement by the Lagos State Emergency Management Authority (LASEMA)  the body was  recovered at about 4.00 p.m on Wednesday by the Marine Police.

The recovered body was subsequently identified by some of his family, including the driver  in the presence of the Commissioner of Police Lagos State, Mr Fatai Owoseni and will be handed over to the family while investigation continues.

LASEMA’s General Manager Mr. Adesina Tiamiyu meet with the family members to express condolences on behalf of the State Government and declared the search closed.