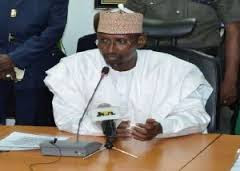 The Federal Executive Council (FEC) on Wednesday approved N102.077 billion and $1.79 billion for roads projects across the country and rail project in the Federal Capital Territory (FCT).

The Minister of Power, Works and Housing, Babatunde Fashola and Minister of FCT, Bello Mohammed, briefed State House correspondents at the end of the meeting chaired by President Muhammadu Buhari at the Presidential Villa, Abuja.

They were led to the briefing by the Minister of Information, Lai Mohammed.

He also said there was approval of N150.84 million for engineering and consultancy design for access road 1 and 2 ‎to link Asaba in Delta State and Onitsha in Anambra State to the Second Niger Bridge project.

“Subsequent to the award of further works on the Second Niger Bridge we have started work now by this approval on the design of the link road that will connect the two states to the bridge.

“The design is expected to be completed in six months and we will start procurement and as the bridge advances we can then connect the two states,” the minister added.